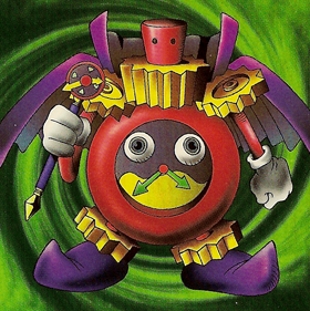 He rules over every tick and every tock.

Some people can control Fire, some control Ice, and some just get saddled with Heart. This guy? He controls time itself. This is called many things, but whether through forbidden magic, Imported Alien Phlebotinum, or just being The Chosen One, he can move through the ages like walking to his kitchen. The powers of the Time Masters are multiple and varied; he may travel in time, slow down or speed up time, move between alternate timelines...

He may be a member of the Time Police, or the one winding up the Timey Wimey Balls, but as far as he's concerned, no-when is safe.

If he's an antagonist, killing him may be difficult, impossible, or force Fridge Logic upon the viewer. After all, if he can move through time, can't he go back to before you attack him and kill you?

Maybe, as a consequence of, or as a necessary condition for his power, he's a Time Abyss.

Note that Time Travel itself is not a necessary power, and there are many characters with time powers that explicitly cannot travel through time.

Not to be confused with a Time Lord. Or the Clock King (who might be called a time master in-universe, but isn't). Or the movie Time Masters.

Examples of Time Master include:

Retrieved from "https://allthetropes.org/w/index.php?title=Time_Master&oldid=1938089"
Categories:
Cookies help us deliver our services. By using our services, you agree to our use of cookies.