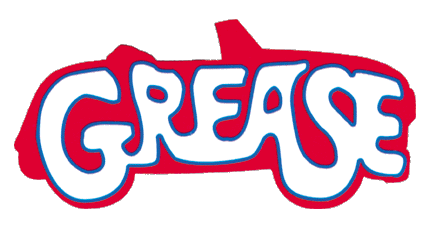 A musical play and film made in The Seventies about The Fifties.

Danny Zuko is back in Rydell High School for senior year. He's a bad boy who wears a leather jacket and hangs out with others who do. He tells his friends about the great summer vacation he had at the beach with this girl Sandy.

Sandy has just transferred to Rydell High and is trying to make friends, which happen to include ladies in pink leather jackets(!). She is The Ingenue, and she is also a senior. She tells her side of the story at the same time. Then the other girls realize the fella she was with was Danny Zuko, and they take her to meet him. At that moment, he is more interested in maintaining his image than acting like the sensitive guy Sandy remembered, and she leaves broken-hearted.

They love each other. Can they get past their differences and get together before the end of senior year?

Arguably the 1978 film version is more famous than the stage musical. Sandy was renamed from Sandy Dumbrowski to Sandy Olson, and her origin was changed from somewhere else in America to Australia to account for the star cast for the role: Olivia Newton-John. The film also featured John Travolta (in the role that solidified his fame after the 1977 blockbuster Saturday Night Fever) as Danny, along with Jeff Conaway (who, ironically, played Danny in on stage) and Stockard Channing as Rizzo.

The soundtrack for the film - one of the biggest selling of all time - would turn out to be almost as successful as the movie itself, dominating the Billboard charts for much of 1978 (along with Saturday Night Fever), launching a string of Transatlantic hit singles and selling eight million copies in America alone, and twenty-eight million worldwide.

There is a sequel, which has practically no characters in common with the original (except for Frenchy, who was held back a year, some of the school staff, and the Bad Guy), but the plot is almost entirely the same except that now the nice foreign kid is male, with a bad-girl love interest. It's only really worth watching for the So Bad It's Good factor and the "Reproduction" song (and for starring a young Michelle Pfeiffer).

In 2015, FOX broadcast a live production of Grease starring Julianne Hough as Sandy, Aaron Tveit as Danny, Vanessa Hudgens as Rizzo, and Carly Rae Jepsen as Frenchy, along with cameos by Eve Plumb, Boyz II Men, and Didi Conn and Barry Pearl (who were both in the movie).

Grease was named to the National Film Registry in 2020.

Tropes used in Grease include:
Retrieved from "https://allthetropes.org/w/index.php?title=Grease&oldid=1853336"
Categories:
Cookies help us deliver our services. By using our services, you agree to our use of cookies.