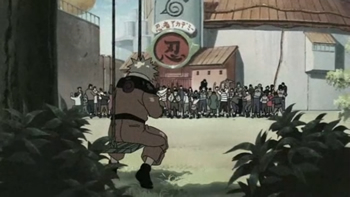 Nothing cements loneliness like sitting alone on the Trauma Swing.

There are a lot of Characterization Tropes that can be used to quickly and non-verbally introduce a character, and one of the sadder ones is the Friendless Background. The character will, through fate or choice, be presented as not having any friends, or at least not within easy visiting or communication range. He or she will eat lunch alone, look forlornly (or enviously) at others with friends and Love Interests, and usually be found immersed in reading, video games, or some other highly solitary activity.

This is commonly because of a few of the following, sometimes in combination to really grind the alienation in:

The last 5 types can result in envy for more extroverted characters (like Misao from Magical Project S).

What's curious about this Dark and Troubled Past (or present) is that it's incredibly easy to fix. "When you have nothing to lose, you stand to gain everything", so to speak. In short order the character will Crash Into Hello, get in a fight, drop their groceries or make a new friend through less quirky means. Before long they'll make loads more friends[1] or join a group of them. Despite their lack of social skills or experience they'll magnetically gather new friends thanks to their at times strange but honest charm and learn to use The Power of Friendship to its fullest.

Of course you can expect the "genuine" loners who become one of the True Companions to moan about being stuck With Friends Like These...—all while secretly thanking them all.

It should be mentioned that this can become implied against the author's wishes if the character never mentions or demonstrates having had friends before meeting their new ones, and/or never hangs out with anyone outside their Limited Social Circle. Fridge Loners, so to speak. If they had any friends, they're kind of like a set of living Forgotten Fallen Friends. Of course, this can be fixed by introducing a Beleaguered Childhood Friend, showing a photo album, or introducing Those Two Guys as friends.

Related to I Just Want to Have Friends and compare with Social Circle Filler when an author wants to prevent this initially. Similar in concept is Only Child Syndrome where fictional characters seem to have no siblings instead of (but often in addition to) no friends.

Examples of Friendless Background include:

Richard: It may not mean much to you, since you have so many...but I don't.

Sherlock: I don't have friends. I've just got one.

Dr. Dillamond: Miss Elphaba, don't worry about me, go along and enjoy your friends.
Elphaba: (breezily) Oh, that's alright, I have no friends.

Toph: (to her parents) You were doing it to protect me, but I'm twelve years old and I've never had a real friend.