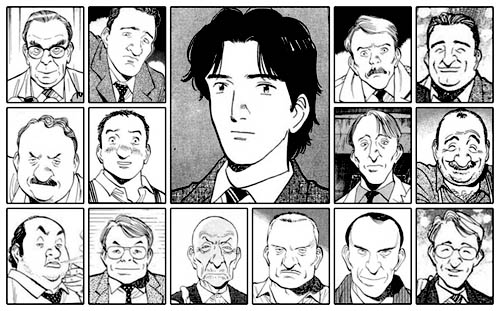 I think I see the Ninth Doctor in there.

A work of art in which the artist has taken the time to give even the most incidental of background characters each a unique face and appearance. Doing so generally becomes easier with characters who aren't supposed to look attractive.

The opposite of this trope is Only Six Faces, where even the main characters tend to look alike. In video games, there are usually only six background characters (You All Look Familiar). Tends to go hand in hand with Loads and Loads of Characters. Sort of related to Taste the Rainbow, where a class of characters may come in a huge number of permutations.

This is a visual trope. The development of characters' personalities, backgrounds, and idiosyncrasies is not what this trope is about.

Examples of Cast of Snowflakes include:

Retrieved from "https://allthetropes.org/w/index.php?title=Cast_of_Snowflakes&oldid=1777679"
Categories:
Cookies help us deliver our services. By using our services, you agree to our use of cookies.