I Just Want to Have Friends 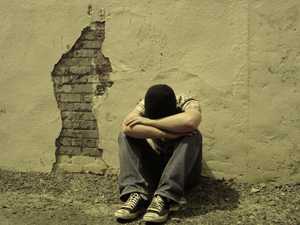 Not everyone enjoys being a loner....

I Just Want to Have Friends, like The Four Loves, is a form of Wish Fulfillment answering to the desire that some members of the audience have to form many close friendships. A probable reason this is so common in fictional media is the fact that a high amount of people consider themselves to have very few or no friends at all.[1] As this is not limited to real life however, many fictional shy people and those with few or no friends look for the same fulfillment as the reader, leading to two variants of this trope:

While "doing something really cool" is the focus of most fantasies, they also tend to focus on the friendships the characters have. These fantasies often provide "idealized" friends that the audience presumably doesn’t have. While in Real Life a true friendship needs time and investment, in this kind of fantasy setting often the protagonist will obtain tailor-made deep bonds and friendships with little to no time or effort at all.

This also happens in Real Life online, where e-relationships eliminate most of the usual hardships of making friends and they help shy people to open themselves and show how they really are without worrying about their self image.

Sometimes fictional characters do not so easily get friends handed to them with the plot. They are lonely from the start and desperately looking to make and keep friends. The reasons for their loneliness may vary but in the end a character who really wants friends may either try to go about it in the wrong way, make friends with the wrong people, or secretly angst about it behind a diffident facade. If they end up successful more often than not these fictional characters will turn out to have been sociable all along, especially for Shrinking Violets, Hollywood Nerds, Cool Losers etc.

In Real Life, this trope is defined psychologically as the "need to belong".

Examples of I Just Want to Have Friends include:

Retrieved from "https://allthetropes.org/w/index.php?title=I_Just_Want_to_Have_Friends&oldid=1951692"
Categories:
Cookies help us deliver our services. By using our services, you agree to our use of cookies.