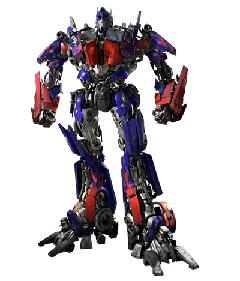 More than meets the eye.

Mechanical Lifeforms are a race of robots or robot-like creatures that are considered as honest to goodness species and living things. They're just like your everyday organisms, except they happen to have metal for skin and wires for nerves. They're often silicon-based as well.

These may be robotic animals, plants, micro-organisms, or sapient creatures. If they are sapient, they would never wish to Become a Real Boy because, as far as they can see, they are as real as that boy.

These creatures were never built by another race, or they may have been, but it's been so long ago that no one remembers the creators and the machines have long since grown out of their roots besides. If it turns out that they were another race's creation, this would be treated as a shocking revelation as the fact that these robots are living mechanical beings have been so ingrained in the story. Should this be the case and their alien masters arrive to cart them back, expect them to react as humans would (i.e. much anger, denial, violence, and maybe a speech or two about free will).

Contrast Organic Technology, which are machines that happen to be organic in nature. Also see Mechanical Monster and Mechanical Evolution.

Examples of Mechanical Lifeforms include:

Retrieved from "https://allthetropes.org/w/index.php?title=Mechanical_Lifeforms&oldid=1834538"
Categories:
Cookies help us deliver our services. By using our services, you agree to our use of cookies.