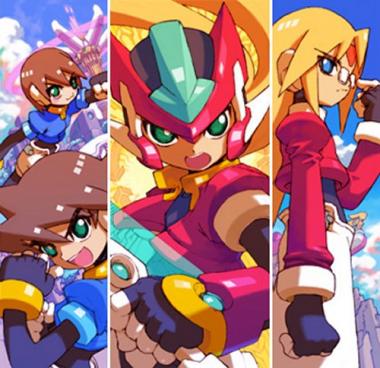 Meta-Encapsulated Granule Awareness System, in case you were wondering.

Mega Man ZX is another entry in Capcom's flagship series, set about two centuries after the events of Mega Man Zero. The wars between Human and Reploid have finally been ended through the process of modifying both races until they're completely indistinguishable from one another. Even so, the threat of Maverick attacks still remains, although the cause of these outbreaks are entirely different.

It currently consists of two games:

Has no relation with BIOMETAL, a completely different game.

Tropes used in Mega Man ZX include:
Retrieved from "https://allthetropes.org/w/index.php?title=Mega_Man_ZX&oldid=1955212"
Categories:
Cookies help us deliver our services. By using our services, you agree to our use of cookies.