The Revolution Will Not Be Civilized 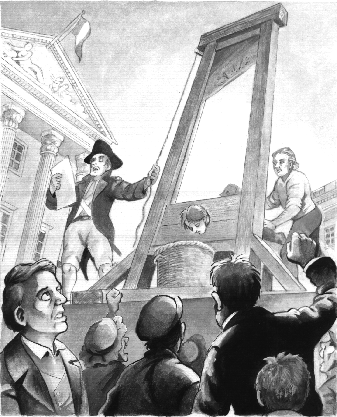 The anti-trope to The Revolution Will Not Be Vilified, this is a considerably Darker and Edgier version of La Résistance. However, this is not The Remnant, insofar as they are not villainous: in this Resistance, however, the rebels are all antiheroes at best, as brutal or more so than their enemies. No matter whose side you're on, it's sacrifice, honor, duty, and "shut up and follow orders!" They will usually be led by a rebel version of General Ripper, or possibly a subversion of that archetype.

If you fall, another might rise to take your place, but don't expect your comrades-in-arms to mourn. You were dead already the moment you put on the rebel uniform. Remember that Failure Is the Only Option, and whatever you do, Do Not Go Gentle. If you are caught, you are on your own. You never existed. This is war, and people do things during war that can never, and should never be forgiven. Do you know whose side you are on now?

Can lead to a violent ideological backlash against supporters of the old regime, as seen in history. But more importantly—more important because of the Irony involved—it can lead and has led to violence against some of the revolutionaries themselves, often valiant leaders and close friends of near past, as in the most famous case of Georges Danton guillotined by Robespierre during the actual Reign of Terror. Robespierre tasted his own concoction later as of the Thermidorian Reaction.

See also Right-Wing Militia Fanatic. Generally falls under Black and Grey Morality. Contrast The Revolution Will Not Be Vilified and Velvet Revolution.

Likely to overlap with Your Terrorists Are Our Freedom Fighters. If the revolution is against The Empire or other terrible government, examples this trope may also be Well Intentioned Extremists. Succeeding, could well turn into People's Republic of Tyranny. Some characters in such a setting may be Necessarily Evil and the more self-aware of those will realize that there's no place for them in the world they're creating.

The trope name is derived from Gil Scott-Heron's 1974 spoken-word piece "The Revolution Will Not Be Televised".

Examples of The Revolution Will Not Be Civilized include: