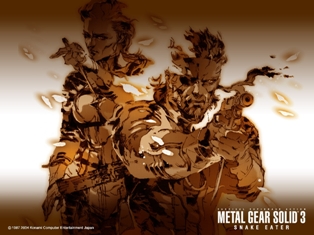 In 1962, Nikolai Stepanovich Sokolov, a Soviet scientist who previously defected to the West, is forcibly bought back to the other side of the Iron Curtain in the wake of the Cuban Missile Crisis. Two years later, American intelligence learns that Sokolov is being forced to create a secret weapon that could turn the Cold War into a blazing hot one, and a plan is formulated to bring Sokolov back to America, as FOX operative codenamed "Naked Snake" is called into action to rescue him from a Soviet weapons lab. The mission does not go smoothly. During the mission, Snake's lifelong mentor and mother figure, The Boss, announces her own defection to the Soviet Union, abducts Sokolov, and brings her own squad, the Cobra Unit, along for the ride. Worse yet, she also brings two miniature nuclear warheads to sweeten the deal, one of which is promptly used by her new boss, Colonel Volgin, to pulverize the research facility and frame America for the whole ordeal, after the plane Snake used to enter was picked up on radar within Soviet air space. With the United States' reputation on the line and the two nations on the verge of World War Three, Snake is sent back to the Soviet Union to help the FOX unit clear its name by taking out Volgin and his secret weapon, as well as The Boss and her Cobra Unit.

In terms of gameplay and its mechanics, the game puts much more emphasis on survival than previous games, requiring the player to hunt and eat to stay alive, and to heal their wounds manually. The static indoor maps of the previous games have been swapped out in favor of sprawling outdoor environment, requiring the player to make use of camouflage to stay hidden from enemy sentries, or distract them with a variety of tools, from tranquilizer darts to pornographic magazines, in tried and true Metal Gear fashion.

With its much less convoluted story, the game was viewed as a return to form by many. Again, there was a main character switcheroo, but this time for Solid Snake's identical progenitor, Naked Snake, which helped ease the pain. Taking place in the defining years of the Cold War, the plotline embraces every spy movie trope in the book (up to and including a James Bond-esque musical intro sequence). With a truly gutwrenching Twist Ending, plus a few truly tense and memorable boss fights, it's easy to see why many fans still consider this one as one of the best games on the PlayStation 2.

Metal Gear Solid 3 also received an Updated Rerelease a year later with Metal Gear Solid 3: Subsistence, which featured a new third-person camera system, a brand-new online multiplayer component (shut down a year after its release, unfortunately), as well as ports of the first two games in the Metal Gear series, and additional stages to kid-friendly Crossover minigame starring the monkeys from Ape Escape. Players who preordered Subsistence also received a third disc featuring a three-and-a-half-hour-long movie version of the game, strung together from cutscenes, radio conversations, and gameplay footage. This disc is included in the PAL edition of Subsistence by default, to compensate for how long the PAL conversion took.

Tropes used in Metal Gear Solid 3: Snake Eater include:
Retrieved from "https://allthetropes.org/w/index.php?title=Metal_Gear_Solid_3:_Snake_Eater&oldid=1966839"
Categories:
Cookies help us deliver our services. By using our services, you agree to our use of cookies.