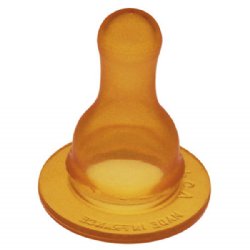 This is possibly the most work-safe image of a "nipple" that we can use here.

Though media can safely display much of the female breast, female nipples - or "female-presenting" nipples, if you came here from Tumblr - almost guarantee an R rating from the MPAA. They might cost you $550,000 if you show them at half-time during the Super Bowl. The sight of it is so Harmful to Minors, with their delicate psyches, that you must click a release to see it on the Internet. The United States Supreme Court upheld an ordinance requiring strippers to cover it under a pastie.

What exposure counts as indecent is a product of a society's mindset more than any underlying human cause. Different cultures certainly have different nudity taboos, and one sometimes gets the feeling in the United States that other countries are laughing at the prudery behind our backs. This works the other way round as well - in the western world, a woman can show her legs without legal problems, but in some other cultures this is as taboo as the nipple is for the US.

Note: All The Tropes is not a gossip site. Please keep in mind All The Tropes:No Lewdness, No Prudishness when adding examples to this section.

Retrieved from "https://allthetropes.org/w/index.php?title=Nipple-and-Dimed&oldid=1937975"
Categories:
Cookies help us deliver our services. By using our services, you agree to our use of cookies.