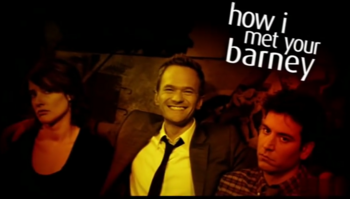 A variation on a show's usual Title Sequence for a special event. Does not cover the regular evolution of a title sequence from season to season. Likely to occur in conjunction with Something Completely Different. Can also be applied to the ending sequence, if the show has one (e.g. Anime).

Compare to Couch Gag and Evolving Credits, which can often evolve the entire title sequence and thus fulfilling aspects of this trope as well.

Examples of Special Edition Title include:

Retrieved from "https://allthetropes.org/w/index.php?title=Special_Edition_Title&oldid=1705693"
Categories:
Cookies help us deliver our services. By using our services, you agree to our use of cookies.