Everything About Fiction You Never Wanted to Know.
< Gods Eater Burst
Jump to navigation Jump to search 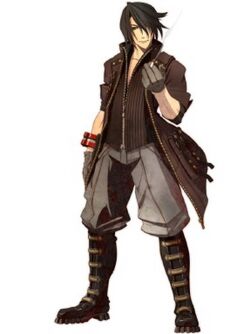 Leader of the first Gods Eater unit, which the player character belongs to. May joke around a bit too much, but he's serious about his job. 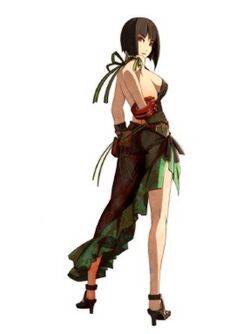 Sergeant Medic in the first Gods Eater Corps. A reliable senior who gets along with just about everyone, as well as a long-time acquaintance of Lindow and Tsubaki. 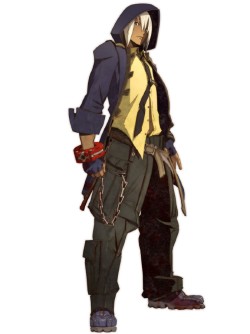 A member of the 1st Gods Eater Unit, Soma was in service since he was twelve. He's not fond of teamwork, and prefers working alone. Since he was injected with the Bias Factor while his mother was pregnant, he was used as the base for future Gods Eaters. 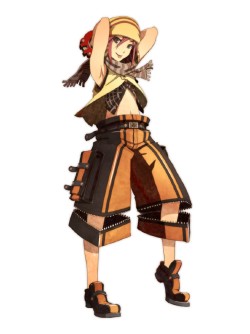 A new team member of the 1st Gods Eaters Unit. While he performs fine in combat, he doesn't hold well with drills and lectures. 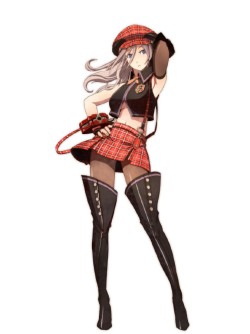 The second New-Type Gods Eater of the 1st Unit, transferring from Fenrir's Russian branch. She is subject to special therapy sessions on a regular basis.

A member of the 2nd Unit and leader of the Defense Unit. When not in duty, he's frequently seen hitting on Hibari on her counter.

A member of the 3rd Unit.

A member of the 3rd Unit and a competent sniper, as well as a proud self-confessed mercenary.

A member of the 3rd Unit and a trigger-happy sniper.

A medic from the 2nd Unit notorious for her friendly-fire mishaps.

A member of the 2nd Unit.

One of the three new Burst characters and a New-Type Gods Eater, together with Ren and Federico. She came from the Fenrir Germany Branch.

One of the three new Burst characters and a New-Type Gods Eater, together with Anette and Ren. He came from the Fenrir Italy Branch. 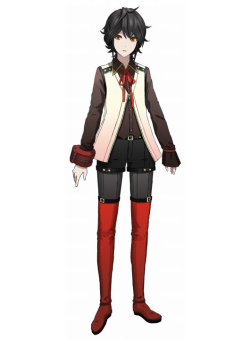 One of the three new Burst characters and a New-Type Gods Eater, together with Anette and Federico. S/He turns out to be a personification of Lindow's God Arc after he became Hannibal. 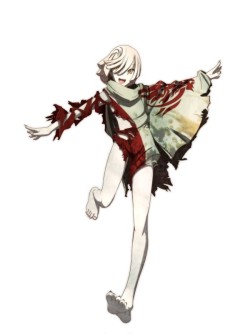 A humanoid Aragami with a Bias Factor which makes her averse to devouring humans. She was discovered by Dr. Sakaki and was since taken under his wing. She possesses the Singularity, a Core that is the key to causing the Devouring Apocalypse, and is therefore a target of Johannes. He eventually got his hands on her and embedded her core into Nova, beginning the Devouring Apocalypse. After Johannes's defeat, she thanks everyone for what they've done for her and asks Soma to devour her body so she may carry Nova away to save everyone.

Lindow's older sister and herself a retired gunner Gods Eater. She was relieved from her position in 2069, and now serves as advisor to the 1st, 2nd and 3rd units and all New-Type Gods Eaters.

The girl behind the mission counter. 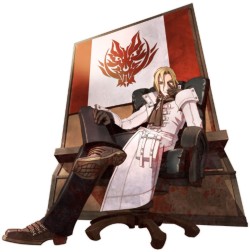 One of the founders of Fenrir and director of its Far East Branch. He is in charge of the Aegis project, but is secretly advancing his own project -- the Ark Project -- designed to to save up to 1,000 (not including himself) handpicked individuals plus their families up to the second degree while causing the Devouring Apocalypse. He had Lindow killed because he was investigating his plan. He is also Soma's father. 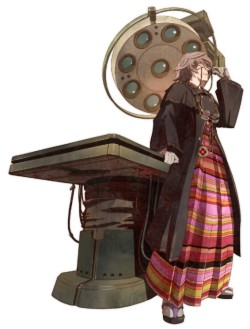 A founding member of Fenrir and current Chief Supervisor of its Far East Branch's Aragami Technology Department. He is the one who discovered the Bias Factor and objected to Johannes and Aisha's decision to inject their unborn child, Soma, with them.

A species of monsters that first appeared around 20 years ago and quickly laid waste to most of life on Earth.

Back to Gods Eater Burst

Retrieved from "https://allthetropes.org/w/index.php?title=Gods_Eater_Burst/Characters&oldid=1783090"
Categories:
Hidden category:
Cookies help us deliver our services. By using our services, you agree to our use of cookies.