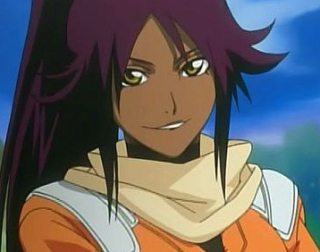 A Trope very common in animation. In order to keep casts from looking completely the same, animators will try diversifying the setting by throwing in characters of differing skintones. But for some characters, you have no clue what ethnicity or race they are just by looking at them. Are they a light-skinned black person? Hispanic? Arab? Italian? Greek? Indian? American Indian? Malaysian? A really tanned Japanese person? Their facial features don't correspond to any particular race either, be it artistic license or limitation. So we don't know. They're just... brown.

Since dark-skinned characters are already uncommon for a number of reasons, fans may be confused whether its a true example of a random and common appearance, a non-specific visual shorthand the creators liked or perhaps a clarified attempt to actually portray a real ethnicity. Or even if the design is supposed to visually inspired by something totally different rather than having a basis in real life.

Note this is generally a fandom issue and happens whether or not the debate is even relevant to the character. Expect a lot of assumptions of how ethnicities only look a particular way. You can pretty much give up all hope of identifying their backgrounds if they're in a fantasy world, especially one that goes light on recognizable cultural counterparts.

Compare Mukokuseki: in principle Anime characters are supposed to be "stateless". The Dark-Skinned Blond and Dark-Skinned Redhead will commonly fall under this as well. See also Amazing Technicolor Population for a more colorful way of making you ask, "What ethnicity are they, anyway?" See also But Not Too Foreign, of which this is a sub-trope.

In Real Life this trope overlaps with Plays Great Ethnics.

Examples of Ambiguously Brown include:

In a later episode his father is also Ambiguously Brown while Rabbit as a child (flashback) looks more Ambiguously White. Go figure.

To add to the absurdity, the webcomic is in black and white. Gary is drawn white as milk; we can only tell he's non-Caucasian from context.

Retrieved from "https://allthetropes.org/w/index.php?title=Ambiguously_Brown&oldid=1906336"
Categories:
Cookies help us deliver our services. By using our services, you agree to our use of cookies.