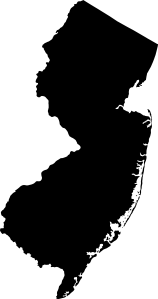 New Jersey is the fourth smallest state in the US, but it is also the eleventh most populated and the most densely populated, being home to more people than New York City. It has a high level of ethnic and religious diversity, being home to Italians, Irish, Jews, Russians, Asians, Blacks, Hispanics, Muslims, Jamaicans, Haitians, Guyanese, Trinidadians, etc. in large numbers. Its landscape is also highly diverse, especially for a state of its size, being home to forests, mountains, swamps, cliffs, white sand beaches, and miles of rolling farmland. It is the location of several military facilities, including one of the largest in the country, Joint Base McGuire-Dix-Lakehurst. It is the second most affluent state in the US, and possesses one of the most highly-regarded education systems in the country. There are affluent suburbs, bustling cities, and lush dairy farms all within a few miles of each other. Plus it is home to the best golf course in the world. In short, it's one of the most diverse states, filled to the brim with a plethora of different cultures and lifestyles.

But don't tell that to Hollywood (or New Yorkers).

In the media, New Jersey is often portrayed one of three ways:

For information on the various regions, cities and locales of the state of New Jersey, as well as a long list of famous New Jerseyans, check out our handy Trivia page.

The trope name comes from what is commonly believed to be the local pronunciation of New Jersey. In reality, this is only how it is pronounced by people who think they're being clever—saying "Joisey" to a New Jerseyan will earn you a boot up the ass. New Jerseyans, however, can use it any time they like—as evidenced by billboards for the 2010 New Jersey State Fair, which proudly proclaimed that the fair "puts the 'Joy' back in 'Joisey'". One of the easiest ways to tell if someone is from New Jersey or not: those who are (poorly) faking a New York accent say "Joisey," those from anywhere besides Jersey (including actual New Yorkers) say "New Jersey," those from Jersey simply say "Jersey."

Not to be confused with that other Jersey, which it was named after.

Retrieved from "https://allthetropes.org/w/index.php?title=Joisey&oldid=1884464"
Categories:
Cookies help us deliver our services. By using our services, you agree to our use of cookies.