Kill It with Ice 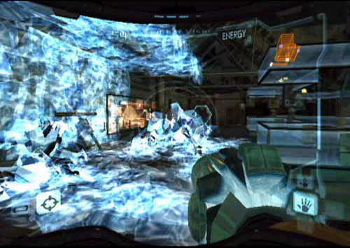 While fire is the traditional means of destroying evil, sometimes cold works just as well. This can range from liquid nitrogen to just luring your opponent into a very cold place. Attacking people in this way almost always results in an instant kill through immediate cessation of bodily function, although in real life it would still take time to induce hypothermia or stop the heart.

Likely to be used by An Ice Person. May involve a Freeze Ray, Literally Shattered Lives, Depleted Phlebotinum Shells, or being Locked in a Freezer. See also Kill It with Water and Kill It with Fire. Not always related to Impossibly Cool Weapon. For the non-lethal version of this trope, see Harmless Freezing. Anyone wearing An Ice Suit is likely to try to Kill It With Ice.

Likely to appear in video games that use Elemental Rock-Paper-Scissors.

Examples of Kill It with Ice include:

Retrieved from "https://allthetropes.org/w/index.php?title=Kill_It_with_Ice&oldid=1870960"
Categories:
Cookies help us deliver our services. By using our services, you agree to our use of cookies.