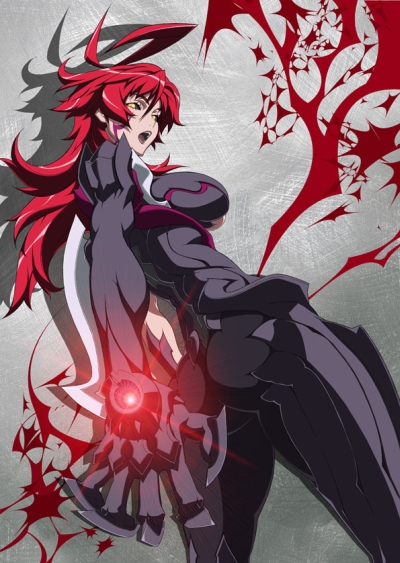 Witchblade is an anime series based on the American comic book of the same name. Rather than a retelling, it is a story set in the future with new characters. The series centers around Masane Amaha, who was found at ground zero of a catastrophe that destroyed Tokyo with an infant in her arms, a jewel on her wrist, and no memory of how she came to be there.

Years later, Masane is on the run from Child Services with her daughter Rihoko. With no one to turn to and nowhere left to hide, she has no choice but to accept when corporate executive Takayama offers her protection and a salary in return for her services in hunting down a series of escaped semi-sentient weapons designed by his company - a task made considerably easier by the bracelet on her wrist, the symbiotic Witchblade.

Of course, this does complicate her personal life a bit....

Tropes used in Witchblade (anime) include:
Retrieved from "https://allthetropes.org/w/index.php?title=Witchblade_(anime)&oldid=1865533"
Categories:
Cookies help us deliver our services. By using our services, you agree to our use of cookies.