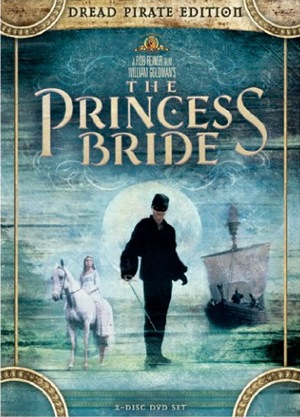 Mainly, the Double Standard most people have regarding media: that women's entertainment should only be enjoyed by women with no crossover allowed—despite it being okay for women to watch shows primarily marketed towards men—keeping in mind most media is male-focused. Not to mention the stigma that media specifically tailored for women is of inferior quality.

This line of thinking is very clear in most creators and executives' minds (though not without warrant considering many Real Life instances and attitudes). Men and women could watch shows meant for men/starring a man, only women could like a female-centered, never mind "girly", show. Watching a girl show would be unmanly and be subject to ridicule. Just watch any show and the guy who's the more sensitive, caring member of the cast is usually the Butt Monkey.

Unfortunately, women-targeted entertainment has a reputation of not being as good as other shows. Common criticisms are that women's media is overly touchy-feely, simplistic, poorly-written, and shallow. This is mostly due to the aesthetics of the media (and not to mention a lot of it is fashion-based). The men can be the Badass heroes and problem solvers, and women are rarely shown in those roles even in women's media.

Some Merchandise-Driven shows sport a variation, where it's the merchandising that takes a hit. Showing off a Red Ranger figure in the playground is cool, showing off a Pink Ranger figure is an invitation to get beaten up. Or at least that's what toy companies think; even when the girls aren't dressed up in bright pink they'll just assume no boy will be interested in buying their stuff.

This attitude isn't as prevalent as it once was, but it's still rather pervasive. Since Most Writers Are Male, they're going to go for the greatest audience available (or at least, what they think is the greatest audience) and the stigma is still entrenched not only in entertainment, but in Real Life as well.

Examples of Girl Show Ghetto include:

Breaking Out of the Ghetto

It should be noted that this aversion was Invoked Trope by Lauren Faust, as shown in the page quote, who purposefully had the goal of making it appealing to not just little girls, but older viewers as well, including older males. Judging by the massive male fanbase, it seems she's succeeded.