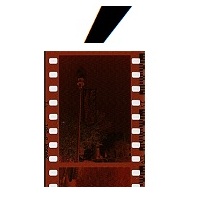 This is a horrible picture. It shows nothing about the trope, and suits nothing more than a desperate need to be funny. Was someone high when putting this up? And don't get us started on...

Most of us love a good grumble. It's cathartic to whine and complain for a bit and get things off our chests. Problem is, "polite society" has a low tolerance level for this kind of thing, and someone who verbalizes their real thoughts on a lousy situation is likely to be frowned upon and labeled a misery/grouch/Emo Teen relatively quickly. For example, the "correct" answer to the question "How are you?" is either "Fine, thank you," or "Pretty good. And you?" (or, if we're being formal, "How are you?") Even if your house exploded in a freak accident that morning and you were flattened by a runaway horse and then fired for coming into work covered in hoofprints.

So when people come across a situation where resentment can be voiced, it's not all that surprising when they take full advantage of it. Whether it's online, in print, or among close friends and family, there's always a sense of relief when you're able to voice that irksome thing that's been bugging you for the past week.

However, sometimes this can be taken to an extreme. We can get so carried away with the freedom of voicing the things that annoy us that we completely forget to even mention the things that we actively enjoy. It's not that we're setting out to be a Jerkass or as negative as possible—it's just that we take the good things in life so much for granted that we don't see fit to talk about them... and come across as a pessimist as a result.

As society becomes more and more cynical (although, in face-to-face interaction, general grouching is still pretty unacceptable, which is why grouching is different.) this meta-trope is becoming common across the board, manifesting itself in a number of different ways:

Often, if an audience, broadcaster or forum member is challenged about their complaints (e.g. "Do you even like this show?") they'll be genuinely surprised. Of course they like it! Why would they bother commenting at all on it if they didn't? It's just that grousing about Development Hell, Creator Breakdown or Fanon Discontinuity is much more fun than counting your blessings—after all, you'd only be preaching to the choir... but then, sometimes you're doing that anyway.

One thing that has contributed to this personality are how people view negative characters and snarkers in general. A Deadpan Snarker is much much more likely to be considered a fan favorite than a Pollyanna, who is often viewed as annoying. You can thank cynical-works for helping to spread this point of view.

Some people also point this out for the creator to improve, however, it's far more common for someone to actually be posting destructive criticism than actually trying to be constructive. Given that long-winded essays that are pointing out what the creator(s) of a work did right are mixed in with flat out stupidity and destructive criticism, it's very easy for the constructive people to be blocked out.

Often done by The Cynic or Caustic Critic. See also Sturgeon's Law, Reviewer Stock Phrases, Let's Mock the Monsters, Unpleasable Fanbase, and He Panned It, Now He Sucks, a fan reaction when the Accentuate the Negative reviewer pans a show his fans like.

Examples of Accentuate the Negative include:

Anime and Manga, for immature weeaboos who can't admit they like kids comics and TV shows

Comic Books, for lonely men who haven't learned to grow up but have the money to waste on kids stuff

Literature, or rather, books that pass for literature

Live Action TV, for people who are too poor to buy the box sets in stores

'New Media', for 'people' yet to move out of their parents' basements or get jobs

'News'papers. Then again, it's not like anyone actually reads the ones with good articles, anyway

Other, for those things which too few people like to have their own categories

Politics, or should I say, 'Politics'. See 'Theatre'.

Religion - or should I say, 'Religion'. I mean, the things that pass for them these days... not that the older ones are much better. Classic excuse for killing people and nicking their stuff, at any rate.

Sports, that thing that distracts people from Politics. And pretty much everything else, really. Except TV, not that that ever did anyone any good...

Theater. That thing you can't afford to go to. Or rather, go to a 'good' one of. Even if you can, I'll bet you'll be paying too much for it.

All the Tropes Wiki. The most prominent thing ruining your life right now.

Video Games, the number one reason kids are fatter, more violent and have shorter attention spans than ever.

Web Comics, or comics written by people who don't have have what it takes to be in the proper comics industry, for people who are too weird and/or too poor to read comic books

Is that all? They didn't even mention my favourite show!

Retrieved from "https://allthetropes.org/w/index.php?title=Accentuate_the_Negative&oldid=1927830"
Categories:
Cookies help us deliver our services. By using our services, you agree to our use of cookies.