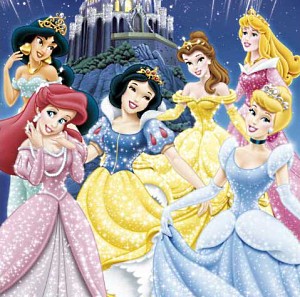 All That Glitters... glitters a lot.

Sparkles everywhere! Must be Magic!

For the longest time, humanity has an historical fascination with shinies. That might have to do with how some of the more precious materials tend to sparkle, but in the end, there is just something in how stuff shines or sparkles that leaves people staring on with, well, shiny eyes. That goes double when the effect is of a mysterious nature.

Because of this universal fascination, the trope's simple logic is that if you want to indicate visually how valuable, magical, or just special anything is, then put a lot of shiny sparkles, or anything that makes sparkles (like glitter or small crystals) around it.

Even when the sparkles are justified for the inherent qualities of the materials used, it's still a bit exaggerated in fiction.

Fairies are often prone to sparkling. And this is often associated with Fairy Tales and Princess Classic.

Many video games use sparkles as a form of Notice This.

Definitely on the shiny end of the Sliding Scale of Shiny Versus Gritty.

Examples of Everything's Better with Sparkles include:

Retrieved from "https://allthetropes.org/w/index.php?title=Everything%27s_Better_with_Sparkles&oldid=1892911"
Categories:
Cookies help us deliver our services. By using our services, you agree to our use of cookies.