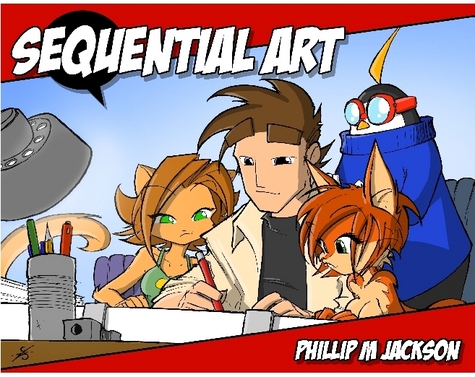 Sequential Art is a webcomic drawn by Phillip M. Jackson about a group of unlikely anthropomorphic housemates.

Art is a chronically frustrated graphic designer (and the only human living in the house); Kat, a cat girl, is a fun loving photographer; Pip, a penguin, is a stereotypical geek who is obsessed with comics and computers, and Scarlet is a naïve and energetic squirrel girl whose spastic behavior and short attention span masks her true intellect.

After the arc covering Scarlet's Backstory, the other members of a Think Tank also live with the foursome.

Tropes used in Sequential Art (webcomic) include:
Retrieved from "https://allthetropes.org/w/index.php?title=Sequential_Art_(webcomic)&oldid=1861231"
Categories:
Cookies help us deliver our services. By using our services, you agree to our use of cookies.