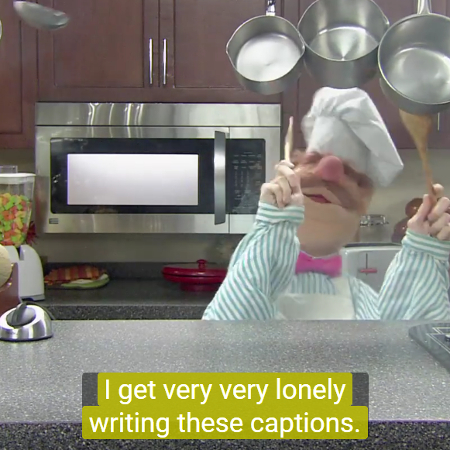 We apologise for the fault in this entry. The troper has been sacked.

We apologise again for the fault in this entry. Those responsible for sacking the troper who has just been sacked, have been sacked.

The troper hired to continue this entry after the other troper had been sacked, wishes it to be known that they have just been sacked. This entry has now been completed in an entirely different style at great expense and at the last minute

Supertrope of Even the Subtitler Is Stumped. Also see Spice Up the Subtitles and (if the character says one thing while the subtitles say another) perhaps a hidden Bilingual Bonus.

Examples of Fun with Subtitles include:

Retrieved from "https://allthetropes.org/w/index.php?title=Fun_with_Subtitles&oldid=1951874"
Categories:
Cookies help us deliver our services. By using our services, you agree to our use of cookies.