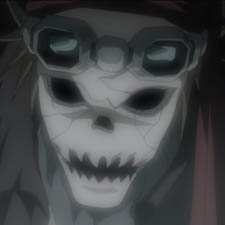 What exactly are those supposed to protect?

A character wears goggles or other eyewear, despite the fact that they don't have an actual use. In many cases, they'll wear them above their eyes (see picture) like some weird hat.

Unused articles such as this often make up the Rummage Sale Reject. Goggles are popular, because they look cool. If you can actually get something out of them besides protection, then it's probably because your Goggles Do Something Unusual.

If a character has a logical reason to be wearing goggles, like pilot with aviator goggles, it doesn't count as this trope, even if he never actually gets to use them.

Examples of Goggles Do Nothing include:

Retrieved from "https://allthetropes.org/w/index.php?title=Goggles_Do_Nothing&oldid=1893398"
Categories:
Cookies help us deliver our services. By using our services, you agree to our use of cookies.