Everything About Fiction You Never Wanted to Know.
(Redirected from Archipelago)
Jump to navigation Jump to search 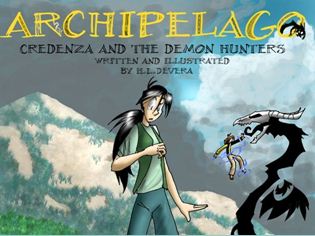 Here you will meet demons, Ravens, crazed pirates, and were-sharks. Enjoy the ride!

The Archipelago is a completed web comic by H. L. Devera.

One cold night, Credenza discovers a man named Blitz washed up on the shores of Ruin Island. Blitz is wounded and on the brink of death, but with Credenza's help is able to recover. The only problem? Blitz has lost his memories as well as his sanity. Archipelago follows Credenza and Blitz's story as they become involved in a colossal battle between good and evil, journey to new parts of the titular Archipelago, and make a few friends along the way.

This web comic can be found at the official site as well as the creator's deviantART page.

Tropes used in The Archipelago include:

Retrieved from "https://allthetropes.org/w/index.php?title=The_Archipelago&oldid=1912405"
Categories:
Cookies help us deliver our services. By using our services, you agree to our use of cookies.