Everything About Fiction You Never Wanted to Know.
< Foot 2 rue
Jump to navigation Jump to search

As You Know, Foot 2 rue has it's very own Street Football World Cup. This means new teams every year. As the season progresses, each team will have a new member compared to the five members only rule. As well as the new teams, there are also the adults who may or may not provide advice to the Rifflers. Some celebrity characters like Nico would only appear for two episodes. 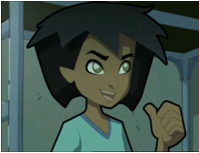 The action guy of the show.

Sebastian Arais Oler AKA: Sebastian Tagano AKA: Tag is the leader(as well as the captain) of the Rifflers thus making him the main character. He is a fan of football and hopes to be one. Tag is considered the coolest kid in school but he can be a bit of a bully and is prone to be jealous. Despite this, Tag is clever, charismatic and has fangirls chasing after him.

Tag was born in Argentina to Pablo Arias Echevarne and Sophia Oler. By the time he was born, Argentina was already a communist state. Not long after, Sophia passed away so Pablo took baby Sebastian to France. Tag's childhood wasn't easy. He got into trouble a lot and was the Riffler institute's school bully because he wanted a friend. Tag is very picky at choosing his friends but only accepts them in his group because of their passion for football.

At the end of Season 4(or 5 as promised), He and Eloise are engaged to be married. They're also expecting their first child. 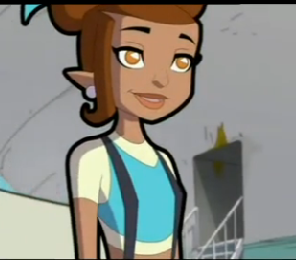 Since she was a baby, Eloise has been surrounded by the finest things in life. Sadly for her, her parents don't pay any attention to her. She literally has fanboys drooling over her for her fanservice points, which she inherited from her mother. Despite this, Eloise doesn't want to be seen as a rich jerk.(This is why Tag resented her.)

Eloise's grandfather owns the Riffler institute. Because of this, she has free access anytime she likes.

At the end of Season 4, she and Tag are engaged to be married. She's also pregnant with their firstborn child. 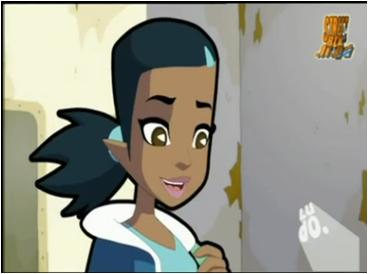 Smart, athletic. Is there anything she hasn't got?

Tek and No Zaim

The Meninos Of Brazil

The Dolphins of Oceania

The Dolphins of Kiribati

The Ninjas of Tokyo

The Ninjas of Tokyo

The Sharks Of The Port

Back to Foot 2 rue

Retrieved from "https://allthetropes.org/w/index.php?title=Foot_2_rue/Characters&oldid=1750512"
Categories:
Hidden category:
Cookies help us deliver our services. By using our services, you agree to our use of cookies.