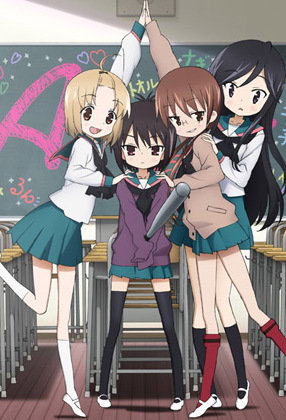 Related to both The Three Faces of Eve and Four-Temperament Ensemble. Unrelated, however, to Four Is Death. Usually.

This particular ensemble typically consists of:

The admirable character may also be The Smart Guy or the Cool Big Sis but not the Team Mom. In that case the mother figure will be be doubled up with either the sweet-naive girl, the sexy girl or even the mannish one.

Examples of Four-Girl Ensemble include:

Retrieved from "https://allthetropes.org/w/index.php?title=Four-Girl_Ensemble&oldid=1899590"
Categories:
Cookies help us deliver our services. By using our services, you agree to our use of cookies.