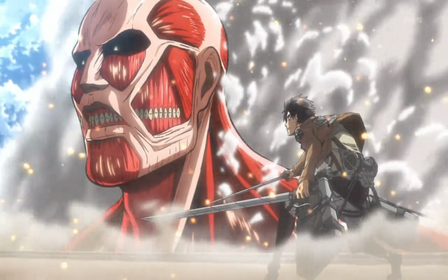 Any climactic combat or competition where the hero is the underdog[1]. Generally refers to conflicts where the hero is of much smaller physical stature than the villain. The hero will usually win if he's Weak but Skilled in contrast to the Unskilled but Strong foe, or otherwise very good at Deadly Dodging. If the villain is much larger, the hero may attempt a Colossus Climb.

Named after the biblical account of David and Goliath from 1 Samuel, chapter 17.

If the villain is the underdog, you may be looking at Villainous Valour. If a monster is underestimated, see Killer Rabbit. Hero Killers or Implacable Men easily lend themselves to being Goliaths. Conservation of Ninjutsu is when Goliath's superiority is in the numbers, while Never Bring a Knife to A Fist Fight is when Goliath's superiority is having a weapon against the unarmed David. A sufficiently confident Goliath may see fit to start Just Toying with Them.

Examples of David Versus Goliath include:

Retrieved from "https://allthetropes.org/w/index.php?title=David_Versus_Goliath&oldid=1954621"
Categories:
Cookies help us deliver our services. By using our services, you agree to our use of cookies.