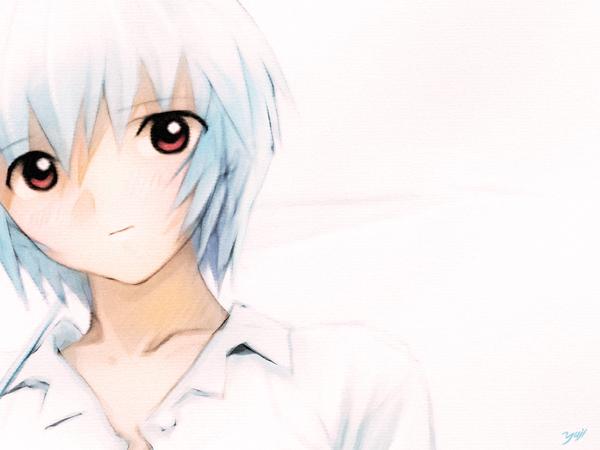 Her creator actually thought she would be too creepy to like.

Something of a backlash to the typical portrayal of the Evil Albino, the Heroic Albino is that trope's good guy counterpart and marks an attempt to remove albinos out of the realm of Acceptable Targets. Still much rarer than the Evil Albino, the Heroic Albino fights the good fight, often with the aid of magical or psychic powers (of which the albinism may be an outward manifestation). Given the ambivalence with which albinos are still treated in popular culture, some albino Anti Heroes manage to qualify as both a Heroic Albino and an Evil Albino.

This trope is much more popular in Japan, where skin is ideally as light as possible, than in the west.

Evil characters should be listed under Evil Albino. The fact this constitutes a trope in its own right—not merely an aversion of its opposite number—and is associated with magic powers is often considered a form of Unfortunate Implications along the lines of Magical Negro.

Examples of Heroic Albino include:

Retrieved from "https://allthetropes.org/w/index.php?title=Heroic_Albino&oldid=1757752"
Categories:
Cookies help us deliver our services. By using our services, you agree to our use of cookies.