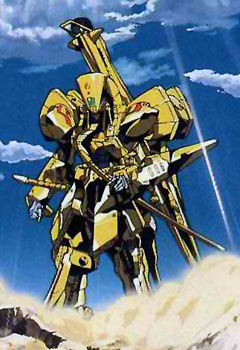 So, you're a badass warrior and have some money to burn. What do you do?

Why, gold plate your gun of course! Or maybe add diamonds and all sorts of valuable crap just to show people you mean business. Or otherwise personalize your gun. Thankfully, most shows don't assume Viewers are Morons by stating that a weapon is solid gold, as this would not be a very good idea due to the metal's relative weakness. Gold has many useful properties, but hardness definitely isn't one of them.

This trope is usually used to show that either the guy is so good he can spend the money he earns killing people, or he likes to add a "personal touch" to his weaponry.

Or maybe that he's just lame.

This appears to be a growing trend within shooter games as of the late.

A Sub-Trope of Cool but Inefficient, Conspicuous Consumption.

Examples of Bling Bling Bang include:

If all challenges for every weapon in a category are completed, the player earns a gold finish on one of the guns—AK-47 for the assault rifles, Mini-Uzi for the submachine guns, etc. All of these finishes are purely cosmetic, intended for multiplayer bragging rights. Upon reaching level 55, players are also rewarded with a gold-plated Desert Eagle.

Retrieved from "https://allthetropes.org/w/index.php?title=Bling_Bling_Bang&oldid=1936389"
Categories:
Cookies help us deliver our services. By using our services, you agree to our use of cookies.