Everything About Fiction You Never Wanted to Know.
(Redirected from Mons)
Jump to navigation Jump to search 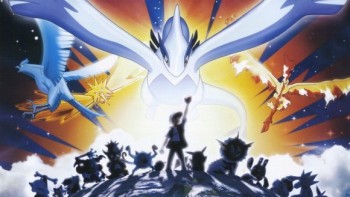 "This doesn't make sense! Are these supposed to be animals or robots or what!?"

Sometimes, magical powers just aren't directly available, or if they are, it's not enough to take down the Big Bad Monster threatening the world. That's when it comes in really handy to have your own servant Monster capable of massive property damage. Or several. You're The Kid with the Remote Control now.

Or maybe you just like fighting in tournaments without actually putting yourself at risk.

Mon range up and down the scale in terms of intelligence, power, and appearance. Some are almost mindless, while some are far, far smarter than their so-called "masters." Likewise, whether they're servants, partners, or just another race depends on the series. Some Mons may be controllable by The Beast Master, but it's not a requirement.

Relationships and emotions tend to have heavy emphasis in Mon series.[1] Good relations with Mon are recommended, as The Power of Friendship usually serves to make your Mon more powerful and loyal to your cause. Apathetic or cruel treatment, on the other hand, may cause them to run away, turn on you, or bring about the end of the world.

The settings in Mons series tend to vary greatly often being a bizarre mixture of Serious Business and Mundane Fantastic, but there are some common story types.

The first example of this trope is Shin Megami Tensei series, which makes it the Trope Maker.

The Trope Codifier, Pokémon is the poster child for this trope, being both the most famous and the most successful example. This means that a lot of Mons Series are falsely accused of being Pokémon ripoffs (especially if they dare to use the word "Mon" in the title or creature names) because many people seem to think Pokémon is the only original Mons Series and that all others are ripoffs.

Then again, you may wonder if Nintendo copied off of Atlus for their own series. Shin Megami Tensei is, after all, ten years older than Pokémon.

May overlap with Our Monsters Are Weird if the roster of creatures is big enough. Also a type of Attack Animal. Occasionally, mons will get an Inconvenient Summons. Jarringly powerful Mons are Olympus Mons, while totally pathetic ones are Com Mons. Mon owners may use a Mon Machine to control their mons or give them a power-up.

Compare and Contrast Cool Pet as well as Summon Magic. See also The Beast Master and Bond Creatures. May function as a Guardian Entity.

For an index of works based around this trope, see the Mons Series index. For those who want to start their own, we have a handy guide on writing one right here.

Not to be confused with mon, a historical currency in Japan, or with mon, a Japanese symbol similar to a coat of arms in European heraldry, or Doraemon for that matter.

Examples of Mon include: