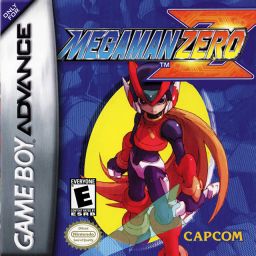 A distant Darker and Edgier sequel to Mega Man X, itself a Darker and Edgier revamp of Capcom’s popular flagship series Mega Man, Mega Man Zero was released for the Game Boy Advance in 2002 and continues the story of Zero, the partner and best friend of X from the previous series.

The series lasted for 4 games and spawned several soundtracks, drama tracks, and an Official Complete Works artbook. Aside from being part of the overall Mega Man mythos, it directly inspired a sequel series, Mega Man ZX, which currently stands at two installments. A Compilation Rerelease of the entire saga has also been released for the Nintendo DS.

Keep in mind that many of the following tropes contain spoilers. You’ve been warned.

This series has a character page.

Tropes used in Mega Man Zero include:
Retrieved from "https://allthetropes.org/w/index.php?title=Mega_Man_Zero&oldid=1933506"
Categories:
Cookies help us deliver our services. By using our services, you agree to our use of cookies.