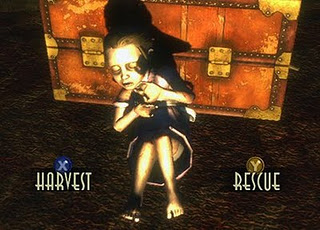 Not all games inspire base cruelty in players; some games make you feel like a Mama Bear or Papa Wolf to the little AI bots in your virtual world. You'll go out of your way to save Sgt. Chavez because his Final Speech is just too heartbreaking to bear, or Mecha Mook #27 who bravely got the Plot Coupon when all his unit died... and is just so darned cute!

In short, the game presents characters in such a way that you actually try to save the little buggers rather than do the sensible thing and use your Mook Maker or Clown Car Grave to replace them like the Redshirt Army that they are. Don't underestimate human sentimentality; even if the character is "just" a Companion Cube, their death will often inspire a Player Punch reaction which only gets more intense if the units or Non-Player Characters were thanking you on doing a good job. Games designers might choose to do this to inspire loyalty, discourage Zerg Rush strategies, and get the player emotionally invested in the game, and generally to make game play less cerebral and more visceral. Failure to achieve this may lead to apathy and even cruelty towards the Small Annoying Creature with the dumb AI. You know the rest.

God games are usually a strange mix of both, with players gleefully massacring some characters while carefully protecting others. If a mission objective requires you to protect someone, it becomes an Escort Mission.

Can lead to a chronic case of Save Scumming, especially if the NPCs to be protected are Made of Plasticine.

Retrieved from "https://allthetropes.org/w/index.php?title=Video_Game_Caring_Potential&oldid=1782745"
Categories:
Cookies help us deliver our services. By using our services, you agree to our use of cookies.