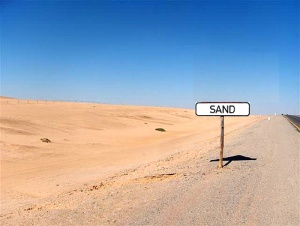 Describing an atomic explosion as being "somewhat noisy."

A statement which, while technically accurate in a strictly literal sense, fails to convey the magnitude of the situation being described.

There are many ways to use this trope. One common way is following the Rule of Three by having two strongly made points followed by something more casual. It may help to have a Deadpan Snarker who habitually presents things in the least exciting manner. The Ditz may make understatements unintentionally.

In any case, understatement only works where a tension level has been built to go "under". Note that like sarcasm, some people are completely blind to the effect.

Please don't Sinkhole this article in your own attempt at an understatement on the wiki. It's tacky. The attempt either works or it doesn't.

Examples of Understatement include:

This site has a few tropes.

Retrieved from "https://allthetropes.org/w/index.php?title=Understatement&oldid=1924411"
Categories:
Cookies help us deliver our services. By using our services, you agree to our use of cookies.