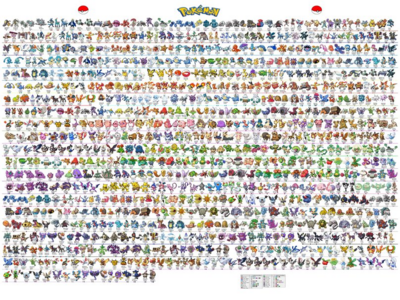 Simply put, there's a number of somethings spread across far and wide, and the cast has to go find them. It could be more cast members, magical artifacts, pieces of a single artifact, or some other MacGuffin, but somehow each and every one will be involved in some individual plot that can pad the episode or even an entire Story Arc. The most basic form of Plot Coupon.

Ideal for TV series, as each episode can have its own obstacles, villains, and setting, and be written by a different author; just as long as each episode ends with a new plot coupon being found. The series can then claim there is a Story Arc to an otherwise completely unrelated set of stories. Also found popularity among video games for a while due to its simplicity, e.g. the Commander Keen series.

The Twelve Labours of Hercules are perhaps the earliest occurrence of this. (Originally Hercules was expected to perform ten, but the Dungeon Master decreed that two of them didn't count and made him do two extra. This still happens today.)

Often the reason for Walking the Earth, especially as a step on the way To Becoming a Master.

Main types of this trope are:

In video games, they can also be categorized as following:

One notable variation of this trope could be called "Gotta Retrieve Them All", in which the objects in question were once gathered in one place—often sealed in some variety of can, or as parts of a complex artifact—and only recently scattered (whether by accident or design). The collector must go forth and recover them, usually with the intent of returning them to whatever containment or construction originally housed them, or to put them in a new one.

Compare and contrast Gotta Kill Them All, which follows much the same pattern, but takes a more... destructive approach.

If the item in question can be bought, then let's hope it's crack. If each item is individually useful, but as a complete set very powerful, it's because of the Full Set Bonus.

Examples of Gotta Catch Them All include:

Retrieved from "https://allthetropes.org/w/index.php?title=Gotta_Catch_Them_All&oldid=1928892"
Categories:
Cookies help us deliver our services. By using our services, you agree to our use of cookies.