The Dev Team Thinks of Everything 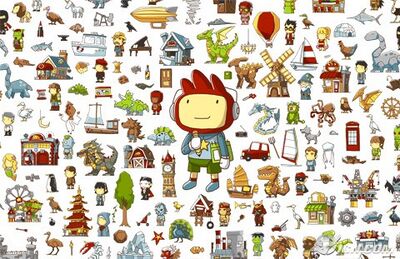 No, really. Write anything.[1]

(Sheldon is learning to drive with a custom-made simulator)
Leonard: How did you manage to get on the second floor of the Glendale Galleria?
Sheldon: I don't know, I was on the Pasadena Freeway, missed my exit, flew off the overpass and... one thing led to another.
(Both flinch as screeching tires and a crash is heard, followed by animal noises like barks and meowing)
Leonard: Aw, the pet store...


Sheldon: Remind me to compliment Wolowitz on the software, it's amazingly detailed.
—The Big Bang Theory

Some games keep a tight rein on the player's capacities. Others never realise in time the full scope of the Combinatorial Explosion and break like a fragile twig the first time a creative player gets a grip on them. Only a brave few dare try and respond wittily and internally-consistently to absolutely everything a player could try.

The point at which we can say The Dev Team Thinks of Everything is when there are strange circumstances, tricks, combos, Sequence Breakers, etc. and not only has the Developer (Dev) team anticipated them, but they put in special content just in case. Stopping players from Sequence Breaking with Invisible Walls, convenient blockades, a guard NPC that doesn't let you pass, etc., for instance, doesn't qualify because even though they anticipated you would try this, they didn't exactly give you special content for trying. On the other hand, if entering the castle you weren't supposed to reach yet awards you a brand new cutscene where you are told "Congratulations, you have broken the game's script! Now back to where you belong!", that DOES qualify. It also doesn't count as The Dev Team Thinks of Everything if the content is set up in such a way that they are clearly baiting you to try this, such as leaving a severed head lying on the ground and a basketball hoop nearby. It might count, however, if they let you carry the severed head and there is a basketball court several levels later. It definitely counts if you have to do the obvious trick without the game containing a throw mechanic. Similarly, content that is merely hidden wouldn't be The Dev Team Thinks of Everything either - that's just an Easter Egg, Secret Level, etc.

Coined by the Nethack community, due to the game's open-source design and long turnover between versions encouraging the proliferation of Easter Eggs—maybe half the game's source code, by weight.

See also Crazy Prepared, Artificial Brilliance and Genius Programming. Compare The Producer Thinks of Everything, where the creators of a TV show seem to have planned out very, very far ahead.

Examples of The Dev Team Thinks of Everything include:

<Player> violated the laws of space-time and sniped himself.

Oh, there's no reason you need to go down there. Yes, I know you set up
Aqualung all cleverly specifically for this, but I assure you, there are no temples
worth exploring down there. Really.

Examples of the trope being referenced