The most powerful espers in Academy City, the Level 5s hit the Superpower Lottery big time. They are capable of overwhelming shows of force and ability, at almost god-like levels. They are both revered for their powers and despised for the privileges that come with them. It is important to note, however, that esper levels are a measurement of how effective an esper is at using their powers, not necessarily their skill at Blowing Stuff Up. The Level 5s are actually ranked by how useful they are in helping the goal of reaching SYSTEM (Level 6); it's not an accurate measure of their power, but rather their usefulness in Aleister's plans.

Only six of the seven confirmed Level 5s have been revealed, appearance and all.

Tropes shared between the Level 5s: 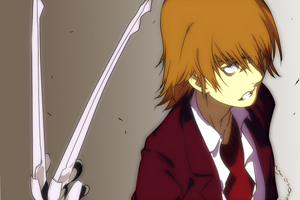 The One Who Has Touched the Territory of God

垣根 帝督 ("Kakine tei toku", literally "Hedgerow Emperor") is Academy City's second most powerful Level 5 esper, and the leader of SCHOOL. His ability, Dark Matter, allows him to create entirely new forms of matter that aren't bound by the laws of physics. Teitoku's power is hinted to be related to Accelerator's in some way, and he is the only other esper with the potential to become a Level 6. He has a rather one-sided rivalry with Accelerator, with his fondest wish being to defeat him. He is nearly killed by Accelerator in Volume 15 and reduced to a Brain In a Jar to supply researchers with Dark Matter. In New Testament Volume 5, he returnes, having gained the ability to create his own body from Dark Matter. 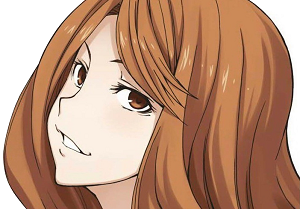 The fourth Level 5 esper, and the leader of ITEM. Her power, Meltdowner, converts electrons into a highly destructive form of matter that exists somewhere between particles and waves. While kind and gentle to her friends, she has a unpleasant personality once angered. In Volume 15, she kills Frenda and attempts to kill Shiage, only to be defeated and badly injured. She returns in Volume 19, only to be defeated by Shiage yet again. Her third and final appearance as a villain is in Volume 22, where she's defeated yet again. This time, however, he's sick of it all and spares her life. Shizuri undergoes a Heel Face Turn and goes back to being the leader of ITEM. 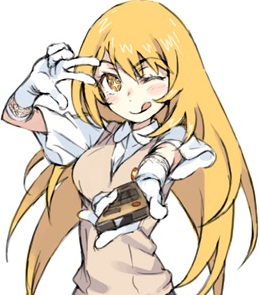 The fifth Level 5 Esper. Being the second Level 5 to attend Tokiwadai, her followers and Mikoto’s followers often come into conflict. Her ability, Mental Out, involves the manipulation of memories and the human mind. She is also the leader of the largest clique in Tokiwadai. It's implied that she has some sort of connection with Touma. This is confirmed in NT Volume 11, which reveals that he saved her life in the past, but due to brain damage sustained as a result, he is no longer capable of remembering her.

The mysterious sixth Level 5 Esper. Not much is known about this person, not even their gender. They are a mystery even in-universe, with their actual appearance and ability being unknown to most. Their real name is only confirmed in New Testament Volume 12, which marks the first time they actually appear for more than the space of a single line. 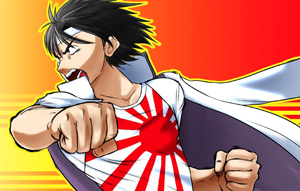 The seventh Level 5 esper, Gunha is a Gemstone, an esper who was born with his powers. His ability is nameless and absolutely impossible to define, though it allows him to create strange explosions, attack at twice the speed of sound, and recover from being shot in the head or heart with no pain. He is classified as the lowest Level 5 precisely because nobody understands his immense power. He has a strong sense of justice.

Retrieved from "https://allthetropes.org/w/index.php?title=A_Certain_Magical_Index/Characters/Level_5_Espers&oldid=1840141"
Categories:
Cookies help us deliver our services. By using our services, you agree to our use of cookies.