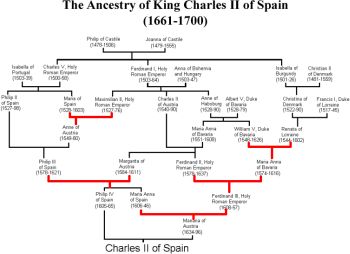 Romantic/sexual relationships between cousins are a phenomenon that has been more accepted in some cultures than others, as well as in some times more than others. A great many cultures today accept it, including a majority of the industrialized world. Much of the modern U.S.A. considers it completely taboo, so Hilarity Ensues at the very mention of it. People from backwoods areas (especially the Appalachian Mountains) are often the preferred butt of many bad jokes as well as occasional bits of Self Deprecating Humor for the alleged prevalence of Kissing Cousins in their culture. Despite the taboo, cousin marriages are legal in about half the states in the U.S.A., though not as much in the backwoods areas and more in the modern industrialized states, the opposite of what one might expect from hearing all those jokes. Legal or not, these marriages are still not very common due to the lingering cultural taboo.

Most of the origins of this taboo are not inherently religious; the ancient Hebrew patriarchs demonstrably had no problem with cousin marriage at all. (Isaac married Rebekah, his first cousin once removed.) The biggest Christian denomination, the Catholic Church, does allow even first cousins to marry if they ask for a special dispensation. Islamic countries have a lot of marriages between first cousins and may even encourage them in certain situations, while various Eastern religions are not commonly known to have any objections to such marriages either. In the vast majority of the world, cousins are still permitted—though not necessarily encouraged—to marry.

One culture in which it was primarily tabooed was medieval Europe, and that prohibition was not so much to prevent inbreeding as to force people to forge political loyalties and family bonds with other peoples beyond their tribal and dynastic relations; this taboo extended as far as third cousins and included in-laws. In cultures that put a far higher value on tribal and dynastic bonds and were far more violent than modern ones, this was often an effort to mitigate warfare. Royal or noble families who needed to forge alliances in order to end blood feuds often needed a dispensation to marry—as, for instance, Henry VII and Elizabeth of York.

This is also the case in China—in the historical period similar to that of feudal Europe, the nobles were explicitly banned from marrying any person that can trace their paternal lineage to the same historical tribe. This was then extended to all people after the unification of the Chinese empire; people bearing the same surname were forbidden to marry even if they were not related at all. However, cousin with different surnames are allowed, and in many cases encouraged to be paired together to strengthen the alliance between two clans during said period. Remnants of such tradition could still be found in addressing of parents-in-law in some areas in Southern China, where the title could also been used to address one's uncle and aunt.

Thanks to public knowledge of genetics a fairly modern part of the taboo is the perception that this form of inbreeding results in the increased risk of having children with genetic disorders like hemophilia. A recent study in Western Australia discovered that while the chances of defects do rise slightly, the actual numbers aren't high at all (i.e. a 4% chance of birth defects instead a 2% chance, roughly equivalent to the odds of birth defects in children conceived to middle-aged women nearing menopause as compared to those of younger women). Please note, however, that this scientific concern applies only to first cousins: any couples more distantly related are likely to be as genetically dissimilar as any two random individuals out of the population (how many of your third cousins do you even know?). And this doesn't cover an entire family tree doing it for generations like has been seen in certain aristocratic populations.

Expect some strong Values Dissonance between the media from America and other countries, and between certain modern works and works from the nineteenth century and earlier, when the taboo was sometimes non-existent or even inverted. Scholarly debate on why some cultures would forbid cousins, or even specific types of cousins, to marry, while others ignore or even encourage it, rages on, and lies beyond the scope of this wiki.

When cultures insist that Royal Blood is necessary for a monarch's consort, expect to find a lot of Kissing Cousins in the dynastic line. This is likely to be a short route to their dynasty's being Royally Screwed-Up.

According to both Oxford's and Merriam-Webster's Dictionaries, the original definition of kissing cousins is simply a relative known well enough to be given a kiss in greeting.

Check out Incest Is Relative for more closely related tropes.

NOTE: This trope is for cases of actual relationships between cousins. Incestuous subtext goes in Incest Subtext.

Examples of Kissing Cousins include:

Retrieved from "https://allthetropes.org/w/index.php?title=Kissing_Cousins&oldid=1869195"
Categories:
Cookies help us deliver our services. By using our services, you agree to our use of cookies.