What Do You Mean It's Not Political? 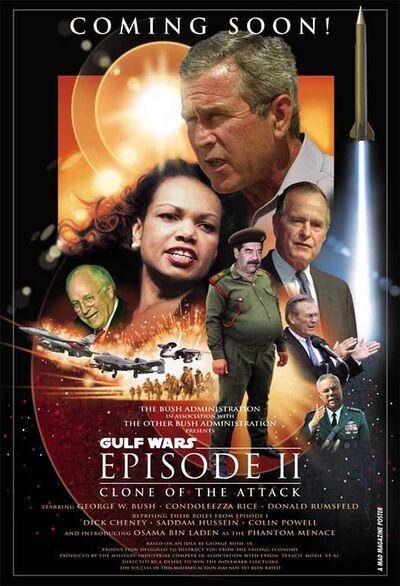 It involves a leader, a Senate and deserts. Clearly a modern allegory.

A subtrope of Everyone Is Jesus in Purgatory, when works are interpreted as being allegories for political issues (most often ones of war) at the time of the writing, with no prompting from the author. Sometimes, this is applied as Retcon, with works written decades before the event being interpreted as allegories for it. (This may be a result of Older Than They Think.) Such interpretations may be instances of History Repeats, "Funny Aneurysm" Moments, Hilarious in Hindsight, and Harsher in Hindsight.

Even still many people think that somehow everything has to be inspired by what is most recent and that the author is targeting Small Reference Pools—and furthermore that the writer wrote the work shortly before publication, when in fact it normally takes a year to get from completed manuscript to on the shelves even if the writer had no difficulty selling it, and the work may have taken years to write.

Compare Faux Symbolism. See also What Do You Mean It's Not Didactic? Compare to Writer on Board, Author Tract, and Author Filibuster, for cases where the author makes no secret about the political intent. When characters are asking each other 'What do you mean, it's not political?', that's All Issues Are Political Issues.

May overlap with Wild Mass Guessing.

Examples of What Do You Mean It's Not Political? include:

Retrieved from "https://allthetropes.org/w/index.php?title=What_Do_You_Mean_It%27s_Not_Political%3F&oldid=1824136"
Categories:
Cookies help us deliver our services. By using our services, you agree to our use of cookies.