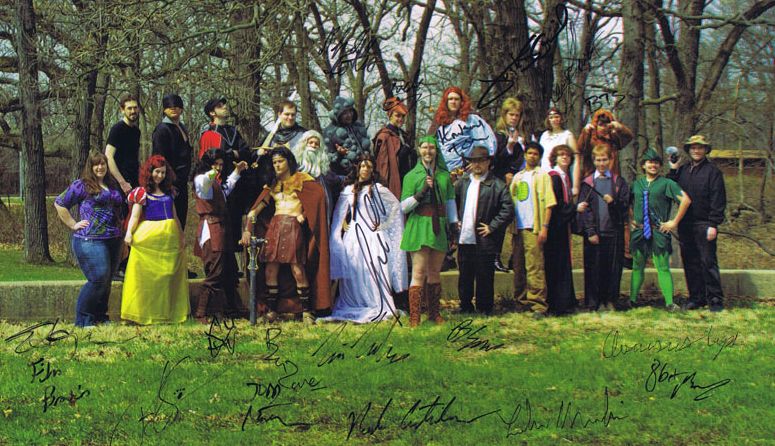 "Okay, you all look epically ridiculous. Now this is the kind of team that's gonna get us riches!" [1]

The third year anniversary special for That Guy With The Glasses, featuring 18 contributors, and separated into 7 videos that were posted in the week of June 26, 2011; the final installment appeared the following Saturday, July 2.

It is an adventure-comedy about The Nostalgia Critic, like last time, gathering a ton of reviewers and leading them into going on a quest. But this time, it is for a legendary gauntlet that is hidden somewhere in suburban Illinois, and according to the map, they must all dress up as famous fictional characters in order to find it.[2] Real villains start showing up to stop their plans, and they discover that this isn't so much a "game" as they had first assumed!

The teaser is here, the full trailer here.

Commentaries were also provided, by The Spoony One and friends,Linkara/Iron Liz as well and one by Phelan and Brad. (Doug and Rob's one is exclusive to the DVD release) [3]

Tropes used in Suburban Knights include:

Retrieved from "https://allthetropes.org/w/index.php?title=Suburban_Knights&oldid=1702588"
Categories:
Cookies help us deliver our services. By using our services, you agree to our use of cookies.