Everything About Fiction You Never Wanted to Know.
< Nice Hat
Jump to navigation Jump to search 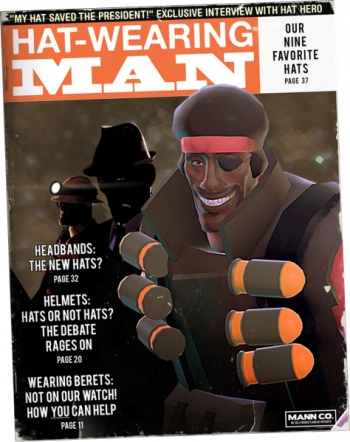 That's the reason why only one of them can appear in-game. Having two hatless protagonists would make the game explode. Although, Kate does have earrings.

"Although the Enemy have the Moon People on their side, we need not fear, for we have our lovely hats, and they shall protect us from their fearsome gaze!"

Back to Nice Hat