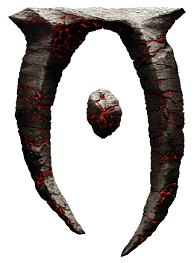 The Elder Scrolls IV: Oblivion is a Role-Playing Game developed by Bethesda Softworks and released in 2006 for PC and Xbox 360 and one year later for the Play Station 3.

The game places you in the role of a prisoner, convicted of an unknown crime and incarcerated in the dungeons of the Imperial City. Your imprisonment is cut short by the arrival of Emperor Uriel Septim (played by Patrick Stewart) and his bodyguards, the Blades, fleeing assassins who are trying to eliminate the royal family. Their escape route just happens to lead through your cell.

What follows is a lengthy quest to save the province of Cyrodiil, heart land of the Empire which spans the whole continent of Tamriel from destruction at the hands of Mehrunes Dagon, the daedric prince of destruction.

The game boasts a huge open world with sixteen square miles of terrain to explore, hundreds of dungeons, eight cities filled with NPCs that have their own daily routine and enough quests to fill hundreds of hours of play time.

The player has the opportunity to join several factions, such as the Fighter’s Guild, and all have their own storylines spanning several quests.

The game received a universally positive critical response, the PC and Xbox 360 versions holding Metacritic scores of 94. The response from fans of the series was more mixed as the long-time fans thought the game was too simplified compared to the previous instalment in the franchise, Morrowind.

The game has spawned a huge and dedicated modding community that still continues to churn out content rapidly. These mods range from new items to complete overhauls of the game.

The game served as a guinea pig of sorts for the Xbox Live Market place, receiving a significant amount of new content, ranging from player homes, to a whole new story arc in the form of Knight of the Nine. A full expansion, called Shivering Isles, dealing with Sheogorath, the daedric prince of madness was released in 2007.

Tropes used in The Elder Scrolls IV: Oblivion include:
Retrieved from "https://allthetropes.org/w/index.php?title=The_Elder_Scrolls_IV:_Oblivion&oldid=1941733"
Categories:
Cookies help us deliver our services. By using our services, you agree to our use of cookies.