Everything About Fiction You Never Wanted to Know.
Jump to navigation Jump to search
/wiki/Diamanda Hagancreator 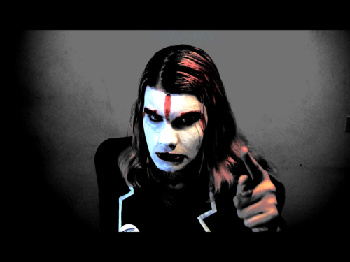 ALL HAIL THE LECHER BITCH

Diamanda Hagan is a Northern Irish Evil Overlord who moonlights as a film critic and host of Diamanda Hagan: Lecher Bitch. She mostly reviews bad movies, but has also done a recap/review of the series Bonekickers, Urban Gothic and Adam Adamant Lives; Twatty Who Reviews, focusing on the worst episodes of Doctor Who, and the Homeless Bsterrd Theatre Reviews starring Aleister D. Homelesssb’sterrd. This is similar to Bum Reviews, but focusing on theater (she even describes him as a distant cousin of Chester A. Bum).

Can also be seen here and here, as well as on Reviewtopia and That Guy With The Glasses. She also has a youtube channel.