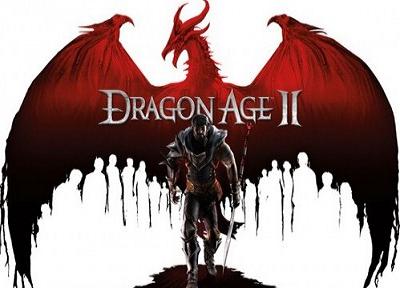 Rise to power. By any means necessary.

The sequel game to BioWare's acclaimed Dragon Age: Origins. Occurring over the course of a decade, beginning with the destruction of Lothering—an event that took place at the start of Origins--Dragon Age II follows in the footsteps of a new human hero, Hawke. A survivor of the Blight and refugee of Lothering, Hawke flees north to the safety of the Free Marches. Over the course of ten years, players must take their hero from "a destitute refugee to the revered champion of the land", along the way becoming the Champion of Kirkwall. What exactly "Champion" means is up to the players to decide.

The game makes several significant changes from its predecessor. The art style has been changed to what has been termed "Stylised Realism", in an effort to make an "ownable" art style. Departing from the three races and multiple backgrounds available in the last game, the protagonist is now a single predefined human character, of either gender, with the standard three specializations of warrior, mage or rogue. Additionally, the Player Character is now fully voiced and also features a conversation wheel much like Mass Effect; though instead of moral intent it tracks the inflection of the response as either compassionate, sarcastic, or blunt.

A DLC quest called Legacy, in which Hawke learns more about his/her father's past, was released for all systems on July 26. A DLC quest called Mark of the Assassin, in which Hawke teams up with Tallis, Felicia Day's character from Dragon Age Redemption, was released for all systems on October 11. An Expansion Pack, Exalted March was planned, but was cancelled so the developer team could focus on the series' next installment.

A tie-in novel has been announced; Dragon Age: Asunder. Set in Orlais shortly after the events of Act 3, but before Varric's interrogation, it expands upon the mage/templar conflict. An Anime, Dragon Age: Dawn Of The Seeker, serving as an Expansion Pack Past for Cassandra Pentaghast, was released on May 29, 2012.

The next game in the franchise, Dragon Age: Inquisition is currently in development, and set to be released on October 7, 2014.

Retrieved from "https://allthetropes.org/w/index.php?title=Dragon_Age_II&oldid=1955137"
Categories:
Cookies help us deliver our services. By using our services, you agree to our use of cookies.