A Boy and His X 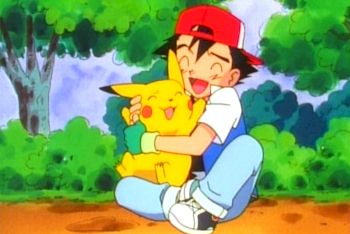 Oh, you're my best friend, in a world we must defend!

The Doctor (addressing the TARDIS): What do you think, dear? Where shall we take the kids this time?
Amy: It's always you and her, isn't it? Long after the rest of us have gone. A boy and his box, off to see the universe.
The Doctor: You say that like it's a bad thing. But honestly, it's the best thing there is.

—Doctor Who, "The Doctor's Wife"

A heartwarming story told through the ages: Something unique enters a young man's (or woman's) life, and they form a bond that changes them forever, usually starting them down the path to adulthood.

What that something is, however, varies widely. From the classic "A Boy and His Dog", all the way to... well, keep reading, you'll see.

Be warned, however, that whatever X is can easily fall victim to Death by Newbery Medal, especially if it's of the huge and/or monstrous variety.

Examples of A Boy and His X include:

Amy: It's always you and her, isn't it? A boy and his box, off to see the universe.