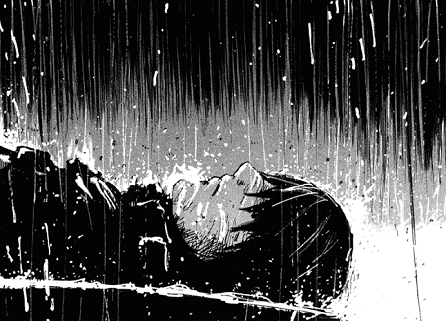 This character needs a hug. Badly. Don't expect them to admit it, though. A subtrope of The Stoic, unlike other Woobie characters, they won't cry, angst, or outwardly show how much they're suffering at all. (Internally is another story). They don't want your pity, and in a great number of cases, will deny having emotions at all. Don't be fooled. The plot has heaped complication after complication on them, and silently, internally, they're suffering. They may inadvertently show their suffering for a moment, in which case they are Not So Stoic, or they may just have Bad Dreams. Sometimes, however if they are lucky they will find a Manic Pixie Dream Girl to comfort them and live happily ever after as a reward for their stoicism.

Polar opposite of Wangst, where a character overemotes at the most minor suffering. Compare Did You Think I Can't Feel? Also compare Mangst.

Examples of Stoic Woobie include:

Retrieved from "https://allthetropes.org/w/index.php?title=Stoic_Woobie&oldid=1760859"
Categories:
Cookies help us deliver our services. By using our services, you agree to our use of cookies.