Everything About Fiction You Never Wanted to Know.
< Soul Nomad & the World Eaters
Jump to navigation Jump to search 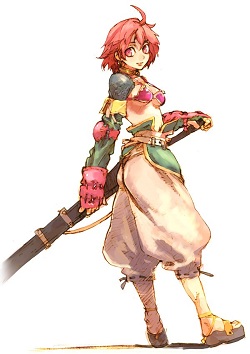 The Silent Protagonist of our story. Gender and name are determined by you (though she appears in Disgaea 3: Absence of Justice as a female and the default name is Revya). Depending on the path taken, is either really nice, or evil incarnate. Is actually a World Eater (no, not that one).

Tropes exhibited by Revya include: 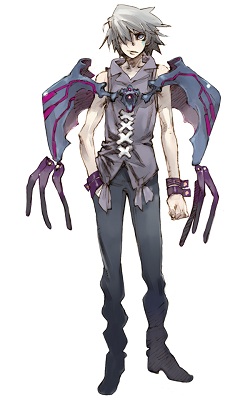 A fallen god sealed inside the Onyx Blade. A Master of Death. Omnicidal, sociopathic, and awesomely evil. Was not originally like this. He was originally the benevolent Vigilance, but after Median killed him, he was reborn by Drazil as the Omnicidal Maniac we all know and love. Hilarity Ensues.

Tropes exhibited by Gig/Vigilance include: 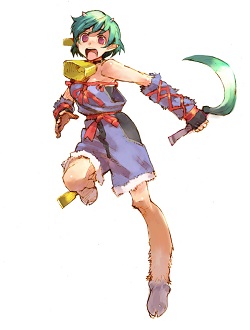 Female Sepp who grew up with Revya. Fights with twin daggers. Nicknamed Stupid Cow by Gig.

Tropes exhibited by Danette include:

A mysterious woman who appears in the player's dream from time to time. She's actually the God of the world where the game takes place. And is more or less the adopted mom of Revya.

Tropes exhibited by Haephnes include: 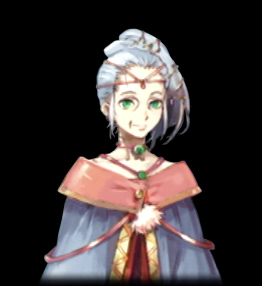 An elderly lady who was once a warrior queen who plays the role Revya and Danette's mentor and caretaker.

In truth, she's Virtuous, Master of Life. She and Layna were once merged in a manner similar to Revya and Gig, but Gig killed their shared body once, and Layna's soul passed into the cycle of Rebirth, leaving Virtuous alone in her body. She is a World Ruler. Also a master manipulator.

Tropes exhibited by Lady Layna include: 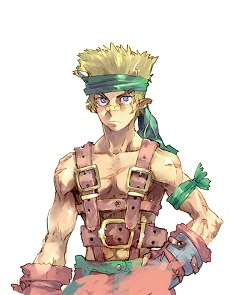 A Sepp and one of Christophe's guards, who cares a lot about his sister Euphoria. He's a ridiculously fast runner and strong, though a little dimwitted and reckless. Not. He's actually Raksha, one of the three World Eaters who was once under Gig's command. He crushed the soul of the original Levin when he was young and used his body to carry out his Evil Plan.

Tropes exhibited by Levin include:

A friend of Levin's and a cleric, Vitali is also one of Christophe's guards. A highly skilled chef.

Tropes exhibited by Vitali include: 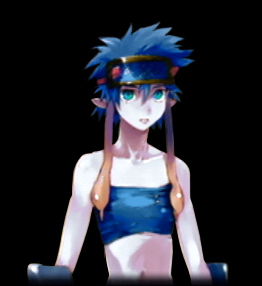 A Nereid that joins the party. Very protective of her adopted son Penn.

Tropes exhibited by Juno include: 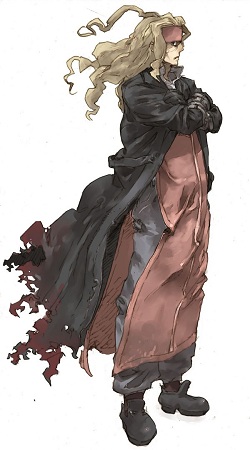 A mysterious man who usurped leadership of a band of thieves and turned them into a Robin Hood-esque band of rogues. He's actually Walnut from Phantom Brave, who was sent to Prodesto after he dragged Sulphur through the dimensional gate at the end of the game.

Tropes exhibited by Endorph include: 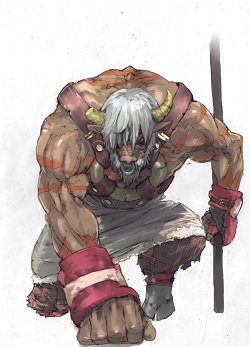 A Redflank who used to live in the same village as Revya. Left in protest against fusing Gig to a human. A grumpy old man who likes to complain about Sepps.

Tropes exhibited by Grunzford include: 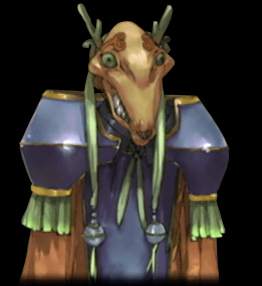 A Draconsage, Dio is supposedly a great mage traveling with the legendary warrior Gestahl but proves to be an incompetent klutz when facing off against Revya's group. Eventually, it's discovered that his real name is Odie (and the "Gestahl" accompanying him is a hotpod farmer named Vangogh) and Dio is his much more powerful brother. He soon befriends Revya's group

Tropes exhibited by Dio include: 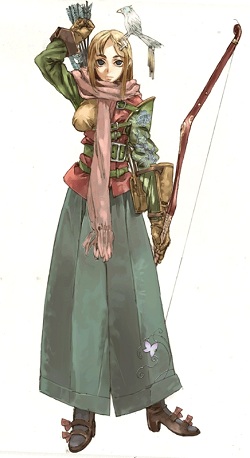 Idealistic but naive noble woman who adventures to help people. Grunzford acts as a mentor to her. She prefers to be called Trish.

Tropes exhibited by Tricia include:

Two angels that have known Odie for some time.

Tropes exhibited by Pinot and Agrippa include: 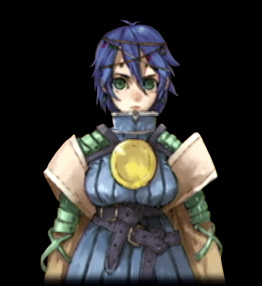 Daughter of Median the Conquer. Like Revya, she is a World Eater. Saved the world from Gig with assistance from Virtuous. The last party member to join during the Normal Path.

Tropes exhibited by Layna include:

An unexpected unlockable character, Lujei escaped her world and starts exploring others, screwing them up in the process. It appears she has a connection to Endorph...

Tropes exhibited by Lujei Piche include: 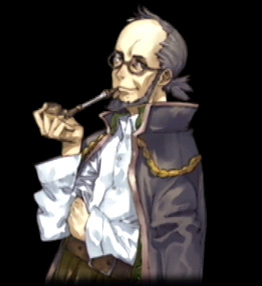 A businessman the party runs into early in the game. A pretty nice, if pragmatic, guy.

Tropes exhibited by Christophe include: 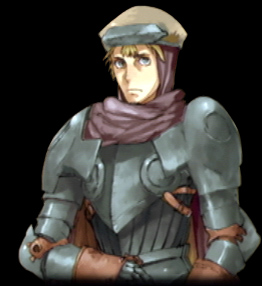 Chevalier of the forces of Raide, Galahad begins as a minor cowardly threat, but he improves greatly by the end of the events concerning World Eater Feinne.

Tropes exhibited by Galahad include:

Voiced by: Yukiko Mizuochi (JP), Karen Strassman (EN) Queen of the Nereids. Though she can't walk on land, she has Juno be her eyes and ears for her in the outside world.

Tropes exhibited by Alexemia include: 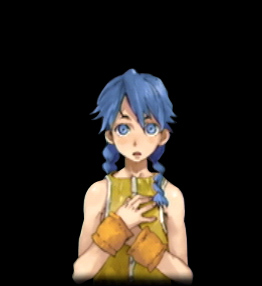 A human child adopted by the Nereid as part of their plan to repopulate the race.

Tropes exhibited by Penn include:

The first of the titular World Eaters encountered. Gig says she's his favorite World Eater, as she is the most powerful of the three and the most obedient. She has little will of her own, and stood silently for centuries following Gig's defeat, only attacking in self-defence. She is actually Resilience, one of the Haephnes gods who committed suicide in order to be reborn among the humans. Drazil warped her into the form of Feinne instead.

Tropes exhibited by Feinne include: 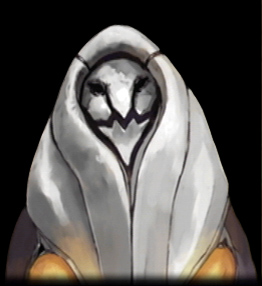 The second World Eater encountered, Thuris by far is the weakest of the three, focusing more on scheming than direct shows of power. He has the misfortune of being one of the first enemies encountered in either path, and as such, often falls prey to the Sorting Algorithm of Evil.

Tropes exhibited by Thuris include: 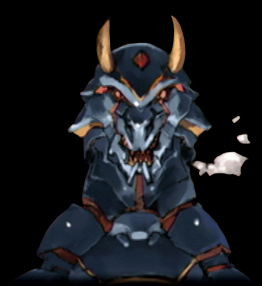 The third world eater encountered, Raksha is, like Feinne, inactive initially, but this is due to being sealed in a cursed forest by the Dio family for generations. In truth, Raksha simply left his hollow shell of a body behind in the forest when he moved his soul into Levin's body instead.

Tropes exhibited by Raksha include: 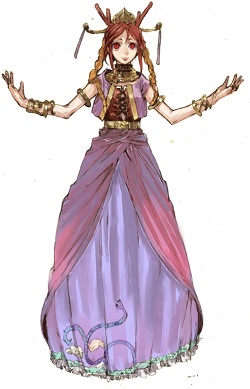 The leader of the Thurists, the cult that worships Thuris as a god.

Tropes exhibited by Kanan include: 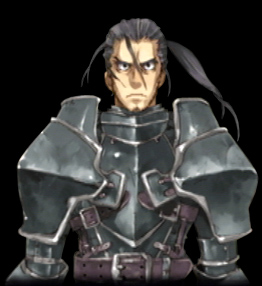 Commander of the Knights of Raide. Is a very noble, honorable, but misguided man trying to prevent the group from making things worse with Feinne.

Tropes exhibited by Thorndyke include: 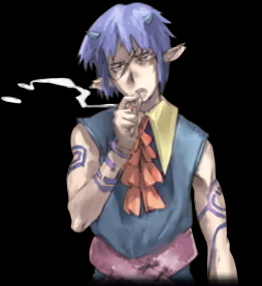 Male Sepp who is the leader of the Yesterwind, a Black Market organization that kidnaps and smuggles children.

Tropes exhibited by Lobo include: 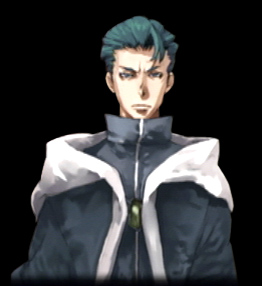 Christophe's younger brother. His initial appearances are few, but it eventually becomes clear he's working with both Lobo and Shauna, and the party is forced to fight him at the Yesterwind stronghold. He kills Lobo to keep Christophe's hands clean, and then commits suicide out of guilt for his own misdeeds.

Tropes exhibited by Cuthbert include: 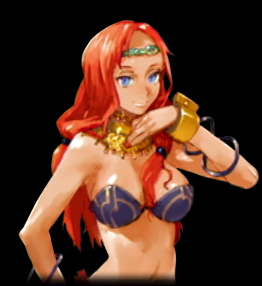 A bandit who unlike Endorph despises the poor and would rather rob them blind and see them suffer. She serves as a recurring antagonist to Revya's group afterwards. She's actually Trish's long-lost sister, Shari, and in the Normal Path gives up her medicine to save her from Scarlet Iago, eventually succumbing to the disease herself.

Tropes exhibited by Shauna include:

Tropes exhibited by Nash and Lerouche include: 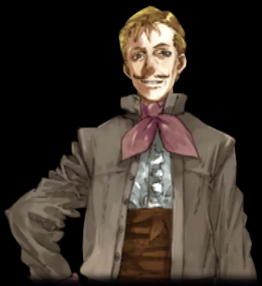 Merchant with some extensive skeletons in his closet.

Tropes exhibited by Hawthorn include:

Dio of the Evil Eye 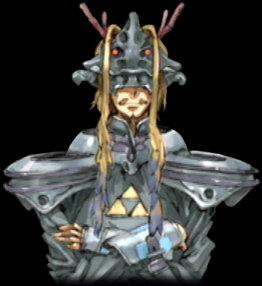 The actual Dio and Odie's younger brother. The scion of the prestigious Dio family of sorcerers, he serves as an adviser to Queen Diness of Orviska. His ultimate goal is to kill Layna/Virtuous for humiliating his family generations ago to prove that the Dio line is more powerful and to take over the world for Median. Actively working with the World Eater Raksha.

Tropes exhibited by Dio of the Evil Eye include: 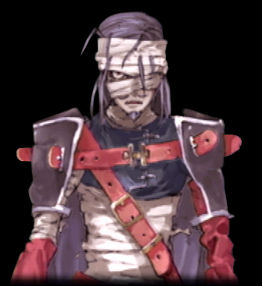 Tropes exhibited by Blazing Gestahl include: 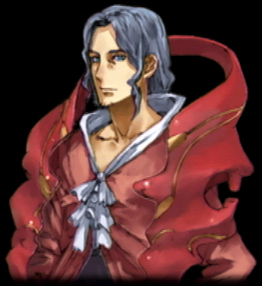 God of the alternate world and villain of the game. Drazil used Gig and the World Eaters to attempt to usurp the flow of souls from Haephnes and lead them all into his world. He believes his world knows true order and peace, but, in Gig's own words, his world is little more than a graveyard full of dead people who simply haven't stopped moving yet.

Tropes exhibited by Drazil include:

Back to Soul Nomad & the World Eaters

Retrieved from "https://allthetropes.org/w/index.php?title=Soul_Nomad_%26_the_World_Eaters/Characters&oldid=1853231"
Categories:
Hidden category:
Cookies help us deliver our services. By using our services, you agree to our use of cookies.