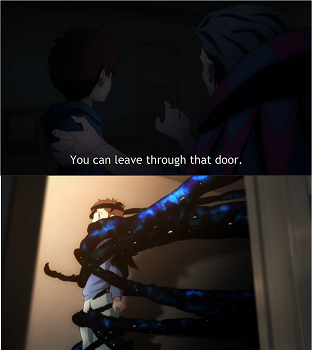 The protagonist is about to face utter defeat. Suddenly, he finds a glimmer of hope, a reservoir for strength, a possible way out, a ray of light, a Forgotten Superweapon, what have you... only to be crushed cruelly by the bad guys returning in force. Think of it as the opposite of Eucatastrophe.

A Hope Spot can also be used to add drama to an extended encounter with a villain and will often culminate with the hero getting up after a seemingly decisive blow. However, if handled poorly, as it can also detract from a story.

Subtropes include Diabolus Ex Machina. In extreme versions, may presage a Cruel Twist Ending. The Kaizo Trap is a subtrope exclusive to Video Games.

Any visible sigh of relief? After escaping imminent peril? Well, Take a Moment to Catch Your Death.

Direct opposite of Darkest Hour.

Examples of Hope Spot include:

Retrieved from "https://allthetropes.org/w/index.php?title=Hope_Spot&oldid=1840350"
Categories:
Cookies help us deliver our services. By using our services, you agree to our use of cookies.