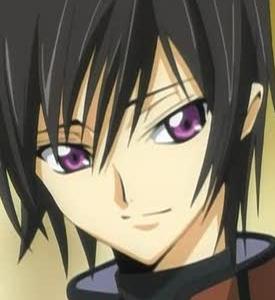 Purple eyes, also known as "violet", "lavender/lilac" or "amethyst" (depending on the shade) are very, very rare in real life, and in fiction generally mean that a character is very special and mysteriously Badass. Thus though there are plenty of good characters with these eyes, it is also a popular Mary Sue eye color.

Purple eyes are a result of blood vessels showing through very pale blue eyes (red + blue = purple). They are occasionally found in albinos as well, although pale blue is a more common albino eye color (The bright red seen in fictionland, not so much, incidentally).

Due to their rarity in real-life, purple eyes are a type of Technicolor Eyes.

Examples of Purple Eyes include:

Retrieved from "https://allthetropes.org/w/index.php?title=Purple_Eyes&oldid=1626778"
Categories:
Cookies help us deliver our services. By using our services, you agree to our use of cookies.