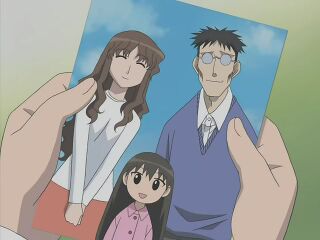 A very common trope, particularly in animation and sitcoms, is for a woman to be far more attractive than her significant other. This is largely a result of Hollywood-style casting for women's roles in which average-looking women are virtually unknown, leaving a large number of hotties needing work. Therefore even Hollywood Homely women who aren't supposed to be gorgeous are portrayed by supermodel-class women. Similar cases are almost unheard of for men. Since "average joes" and "funny fat guys" can still get work (especially when they're the producer as well as the lead), this pervades almost all forms of media, making this one of the most wide-spread cases of a Double Standard around.

This is very common in Dom Com situations, and in cartoons and comic strips, it pervades due to Tertiary Sexual Characteristics; the men can look round and dopey, or simplistic given the artists' art styles, but the women have to be differentiated. This requires round hips, big bosoms, full lips, and exquisitely-designed hair, resulting in a beautiful woman and a cartoonish husband.

A popular use of the trope is to have the hot wife be beautiful on the outside only, and on the inside she's a manipulative, materialistic, spiteful bitch who doesn't deserve her Henpecked Husband's kindness, especially if he is just a Meal Ticket for her. This could lead to An Aesop that looks aren't everything and that appearances are often deceptive (Although, this isn't so great on several levels when you think about it).

See also Beast and Beauty, Give Geeks a Chance, Nerd Nanny, No Accounting for Taste, Hot Consort, Attractiveness Isolation, and Kavorka Man; and don't forget that Most Writers Are Male. May overlap with May-December Romance, if the man is old on top of being ugly (or is ugly simply as a result of being old). This trope often gives birth to The Ugly Guy's Hot Daughter. Contrast Model Couple and Hot Guy, Ugly Wife.

No real life examples, please; All The Tropes is not a gossip site. Also, note that it's Ugly Guy, not Average Guy.[1]

Retrieved from "https://allthetropes.org/w/index.php?title=Ugly_Guy,_Hot_Wife&oldid=1921212"
Categories:
Cookies help us deliver our services. By using our services, you agree to our use of cookies.