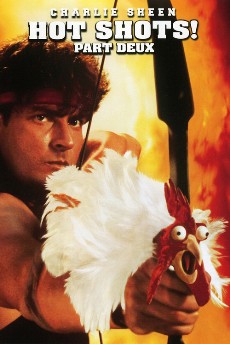 We've seen plenty of guns in all kinds of media, so what's one way to make a gun different? Remove the bullets, lasers, and rockets, and replace with something... that isn't a bullet or laser or rocket. Or just make the bullet do something other than just rendering the target dead. Perhaps there's some really strange Applied Phlebotinum about, but we all know someone's trying to take Refuge in Audacity or trying to invoke the Rule of Cool. All bets are off if a catapult comes into play.

Oh, and don't ask how they fit a kitten in a handgun. Just don't.

Compare Trick Arrow, Impossibly Cool Weapon, Improbable Weapon User. Not to be confused with Depleted Phlebotinum Shells. If the ammo really stings, see Bee-Bee Gun. If the ammo breaks up into smaller ammo, that's Recursive Ammo. If it's foodstuffs that's being shot, then it's Edible Ammunition.

Examples of Abnormal Ammo include:

Fuck you, I shoot money!

It could've been Rob and Elliot, or one of the Digital Pimp comics, in which there was a gun that was outdone by the author's previous fantasy of a gun that shoots fancy leather furniture.

Commander: Space Commies are th' biggest threat t' red-blooded American freedom we got in the' future. So the armed forces decided they'd jazz up high ranking officers enough t'push action figures.
Jared: Does it come with accessories?
Commander: Jus' this gun. I guess it shoots little guns.
Jared: I LOVE CAPITALISM!
Commander: I think th' little guns shoot deep-fried beer cans or somethin'.
Jared: Where are they coming from?

Jeff: This is it... The 3219 armor-piercing, drill-tipped, rocket-propelled, nuclear-powered, high velocity bullet with pneumatic shaft explosion dampener, buzzing flagellatory membrane, and a miniature camera so you can see the look on his face before you go through it.

Unknown poster: What we need is a ship that shoots ships at them.

"As the Russian lunged with a final deadly thrust, his face passed momentarily into my crosshairs and I fired. The Germany infantryman stared, almost incomprehensibly, at the burst head of the Russian destroyed by the explosive round. Bone fragments and strips of cerebellum had sprayed the German's face and uniform. The combination of fear and relief as his unexpected salvation seized the man"
—Sniper on the Eastern Front

(...) threw our respective optics the NCO and I saw the white fur cap swell like a baloon and burst like an overripe watermelon.
—Sniper on the Eastern Front