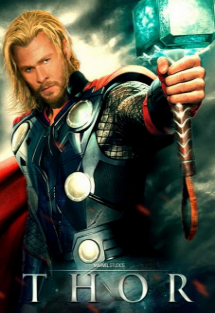 Thor is a Live Action Adaptation of the Marvel Comics superhero The Mighty Thor, released on May 6, 2011 in the U.S. and on April 22nd in Australia, and one week later elsewhere. It is the fourth film in the Marvel Cinematic Universe.

When Thor's headstrong and arrogant actions bring war to once peaceful Asgard, his father, Odin, casts him from Asgard as punishment. Banished to live among mere mortals, he must learn what it means to be a true hero if he is to stop the threat from his realm invading Earth.

Tropes used in Thor (film) include:

Retrieved from "https://allthetropes.org/w/index.php?title=Thor_(film)&oldid=1756936"
Categories:
Cookies help us deliver our services. By using our services, you agree to our use of cookies.